Mastrosimone (2nd Round - Detroit) and Abruzzese (4th Round - Toronto) Among Selections 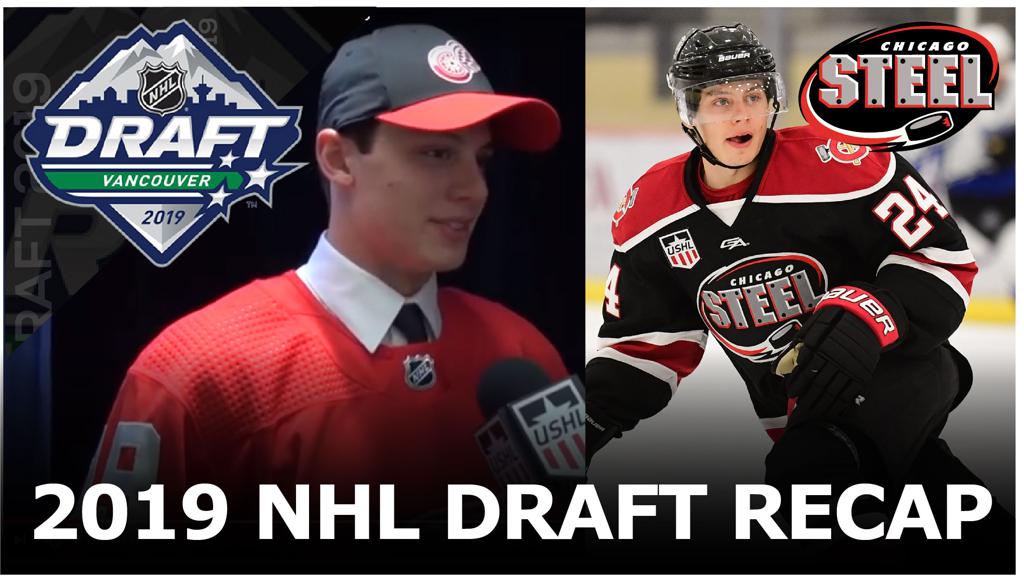 “As an organization, we’re proud of Robert, Nick and Jake, as well as Jackson, who was able to come in and play a handful of games for us, on their selections in this year’s NHL Draft,” said Steel General Manager Ryan Hardy.  “The character, mindset, and work ethic of all four of these young men will help them realize their dreams as they continue to develop in the coming years. It has been wonderful to see the growth of these players throughout the year and to have their talents be recognized by their respective clubs.  It was a privilege for us to have all four of these players wear the Chicago Steel uniform this season.”

Mastrosimone, 18, is a skilled, highly competitive, goal scorer who elevated his game in the biggest moments of the season.  He finished his Steel career with 105 points (47-58-114) in 114 games and is the franchise leader with 47 career regular season goals. The Boston University commit registered 31 goals this season, which tied for the second most in a single Steel season and was named to the All-USHL Third Team. led all USHL scorers with 15 playoff points (7-8-15) in 11 games.

Mastrosimone was the only Steel player named to the 2019 USHL/NHL Top Prospects game where he registered two goals and was named Team East MVP.  He appeared on Team USA’s international roster multiple times this season and was recently selected to the initial U.S. roster for the 2019 World Junior Summer Showcase in July.  Mastrosimone was named to the USHL All-Rookie First Team in 2017-2018.

Absent from preseason prospect lists, Abruzzese, 20, enjoyed a breakout season, winning the USHL scoring race with 80 points (29-51-80) this season. His 51 assists set a new franchise record for most assists in a single season and his 80 points was just the second time in team history a player has reached the 80-point mark.

The Slate Hill, NY native finished second on the team with 14 points (7-7-14) in 11 postseason games including scoring crucial goals in all three Chicago wins during the Eastern Conference Final.

Schmaltz, 18, a competitive, 200 foot player, appeared in 60 regular season and 11 playoff games for the Steel, registering 18 points (5-13-18) during the regular season and notching a pair of assists in the playoffs.  The McFarland, WI native is committed to the University of North Dakota.  Jake has continued a strong hockey pedigree which includes cousins Jordan Schmaltz (St. Louis Blues organization) and Nick Schmaltz (Arizona Coyotes).

LaCombe, 18, a great skating, poised defenseman, appeared in five games for the Steel this season and is committed to University of Minnesota (Big Ten) next season.

Steel season ticket plans for the 2019-2020 season are on sale now starting at just 5 games for $45.  The schedule will be announced in the coming weeks. For more information, call 855-51-STEEL or visit ChicagoSteelHockeyTeam.com. 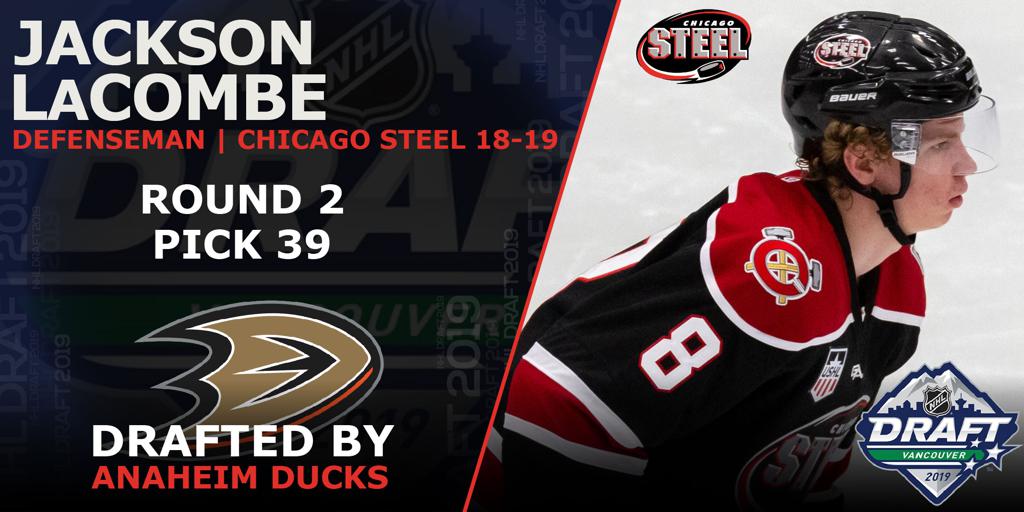 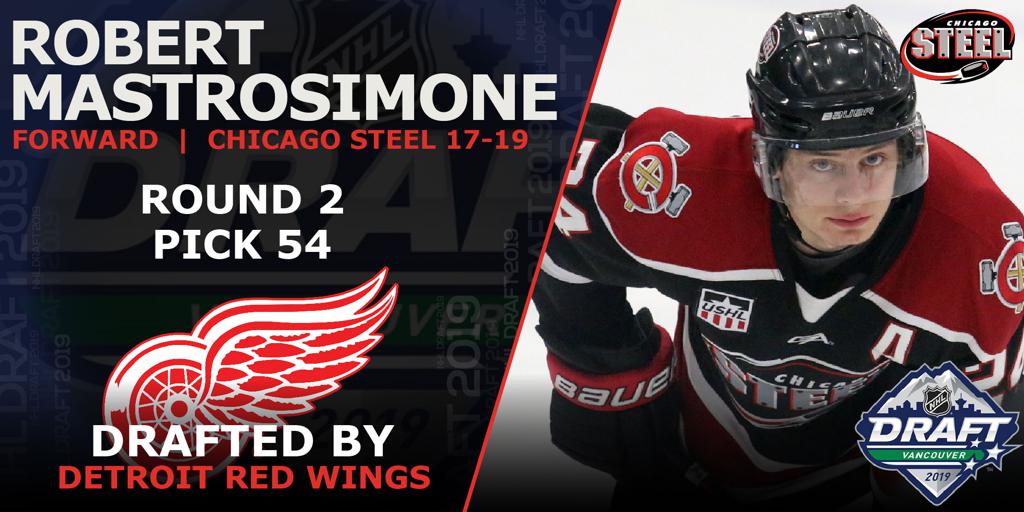 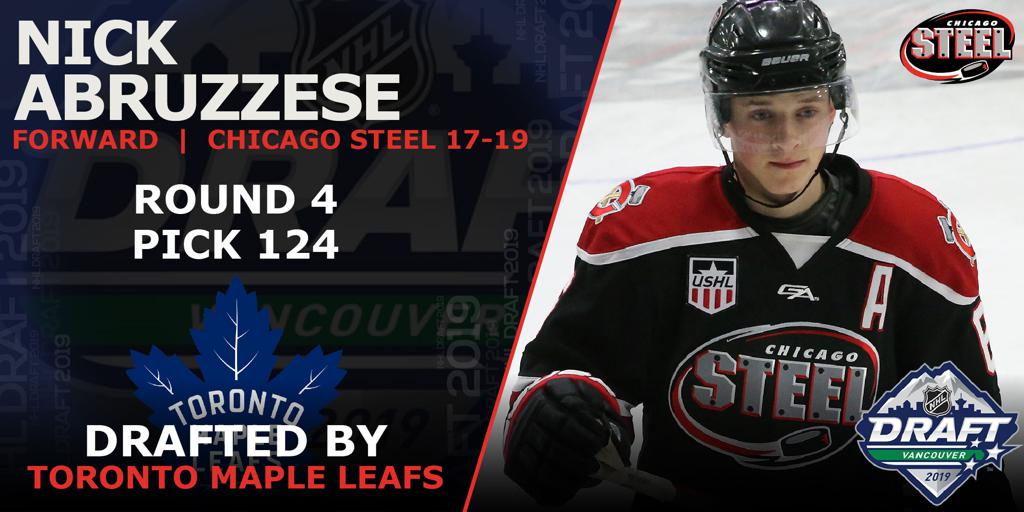 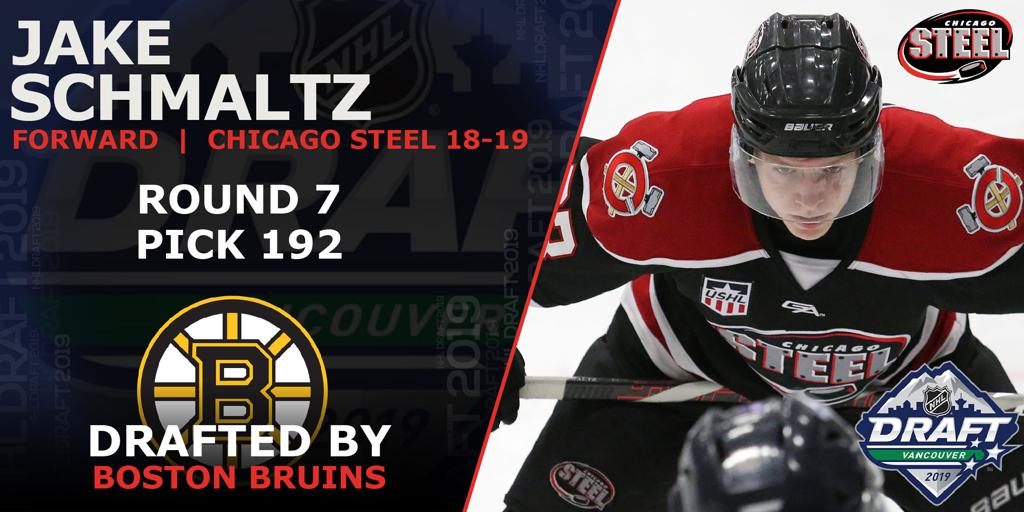