GENEVA, ILLINOIS — The Chicago Steel will take the ice in ugly sweater-style as they don red and green patterned jerseys for the first time in franchise history on Saturday, December 14 against the Tri-City Storm.

Fans get the opportunity to go home with their favorite Steel player’s game-worn jersey as the team will be holding a silent auction benefitting the Cyclones Amateur Hockey Association. Bids will close at the start of the third period on Saturday night’s game, presented by Illinois Aviation Academy. During the second intermission of the Winterfest-themed contest, the winners of the Cyclones winter raffle will be revealed.

This marks the fifth season that the Steel have teamed up with the Cyclones, who also call Fox Valley Ice Arena home.  In addition to the special jersey auction, Illinois Aviation Academy purchased 100 tickets for Cyclones players to attend Saturday’s game, and Cyclones family and friends will receive a special discounted ticket price for the 7:05 p.m. puck drop.

The Storm are led by Boston College commit, Colby Ambrosio, who paces the team and shares third in the league with 13 goals this season. His 19 points (13G, 6A) through 24 appearances are just five shy of tying his season total of 24 points (12G, 12A) from a season ago. Daniel Allin has taken the majority of the starts in net for the Storm, posting an 8-9-2-0 record with a 2.67 goals-against average and a save percentage of .884.

The Steel are coming off a weekend sweep of the Cedar Rapids RoughRiders, taking the first game on Fri., Dec. 6 by a 4-2 margin. The matchup on Saturday night saw the Steel fight their way back from a 3-1 deficit in the third period with three goals in 54 seconds to seal a 4-3 victory. With the weekend wins, Chicago has now prevailed in 10 of its last 11 outings.

Forwards Mathieu De St. Phalle (3G) and Liam Devlin (2G) each tallied goals in both games against the RoughRiders. Netminder Victor Ostman picked up two wins to improve his record on to 12-3-0-0, tied for the most victories between the pipes in the USHL this season.

As of Dec. 10, Steel skaters Brendan Brisson (1G, 4A), Sean Farrell (3G), Gunnarwolfe Fontaine (2G, 1A), Sam Colangelo (1A) and Luke Reid (1A) have all reached the scoresheet for Team USA in the World Junior A Challenge, helping Team USA to a current 2-0 record in the preliminary round.

The Friday-Saturday homestand will be the final games for Chicago until after Christmas, when the club finishes this stretch of four-straight home games on Dec. 28 & 29 against the Youngstown Phantoms. 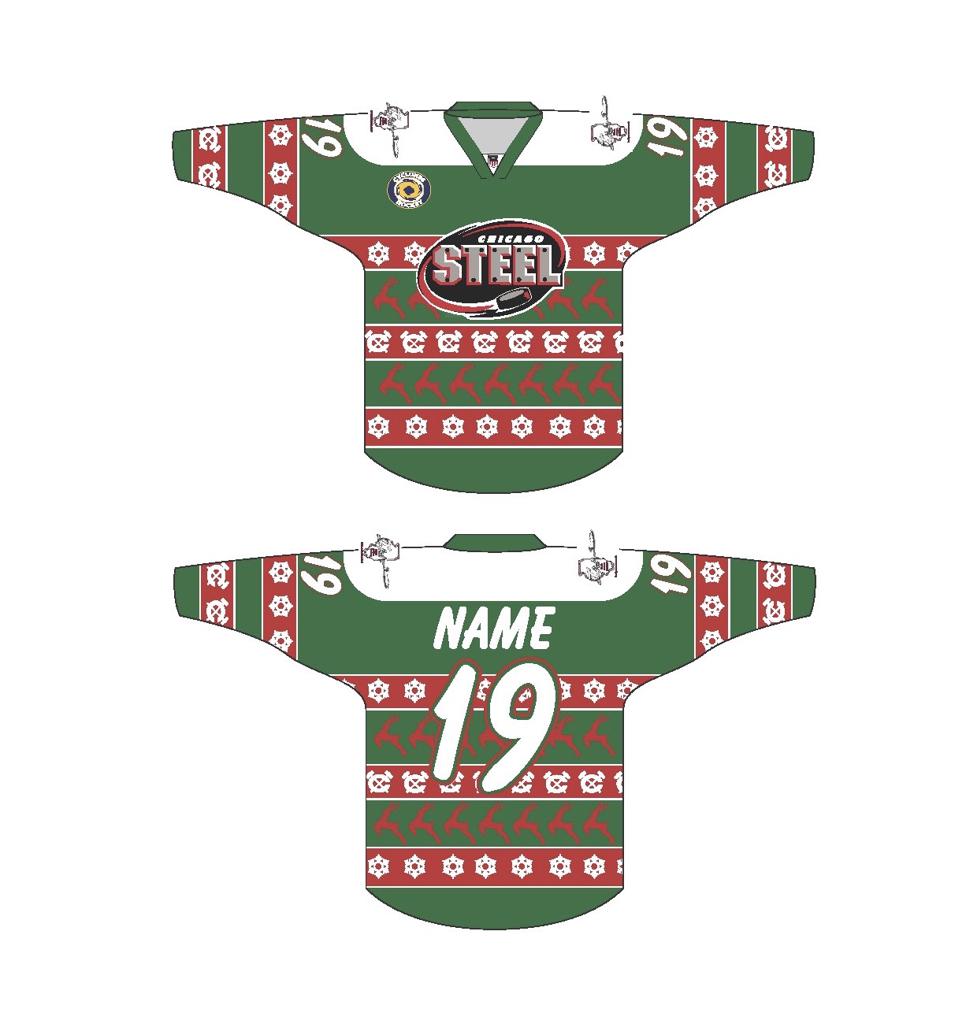