GENEVA, ILLINOIS — The Chicago Steel announced Wednesday the signing of forward Adam Fantilli of Kimball Union Academy to a USHL tender agreement for the 2020-2021 season.

Perhaps the most highly-touted prospect in the 2004 birth year, the 6-foot-2, 181-pound forward will join the Steel this fall.

A native of Toronto, Ontario, Adam registered 36 points (18G, 18A) in 25 games played for Kimball Union Academy and represented his home country of Canada in the 2020 Youth Olympic Games, serving as an alternate captain during the tournament.

The Steel selected Luca Fantilli, Adam’s brother, in the 19th round (285th overall) in the 2019 USHL Phase II Draft.

“On behalf of our organization, I want to sincerely thank Giuliano & Julia Fantilli for entrusting us with the development of their sons, both as players and as people,” said Steel General Manager Ryan Hardy. “We can't wait to get to work with the Fantilli brothers and the rest of the 2020-21 Chicago Steel as we look to return the Clark Cup to Chicago."

“Adam Fantilli is a multi-dimensional center with many elite attributes,” said Hardy. “One of the things that stuck out to us with Adam throughout the recruiting process was his maturity and his approach to his development. We are thrilled that he has chosen Chicago as the place to help facilitate growth in the next phase of his hockey career. I look forward to his progress under the watchful eye of our exceptional coaching and development staff."

Luca, a University of Michigan commit, recorded 42 points (13G, 29A) in 35 games playing defenseman for Kimball Union Academy this season.

“A really big factor in Adam and my decision was the fact that we can get another year of playing with each other,” said Luca. “It’s a really special thing to be able to play with your brother and something you grow up dreaming about - a chance to hop on the ice together. This is a great opportunity on an amazing team with amazing coaches and I’m super-excited to be a part of the Steel.”

“Luca Fantilli is a very cerebral, competitive defenseman whom we drafted last year in Phase 2,” said Hardy. “After watching him excel this year at Kimball Union Academy under the tutelage of Tim Whitehead, we felt that now was the time for him to bring his talents to Chicago so that we could help him find new frontiers in his development on his path to the University of Michigan."

Now in its ninth year, the USHL tender process allows teams to sign up to two 2004 birth year players prior to the 2020 USHL Phase I Draft, which is scheduled to take place in May.

Adam Fantilli is the second player to be tendered by the Steel in 2020, taking the place of a second-round selection in the 2020 USHL Phase I Draft.  On Tuesday, the Steel announced the club had signed defenseman Jake Livanavage to a tender agreement.

Tendered players are required to play in 55 percent of a Member Club’s games during the regular season, notwithstanding injury, illness or suspension. 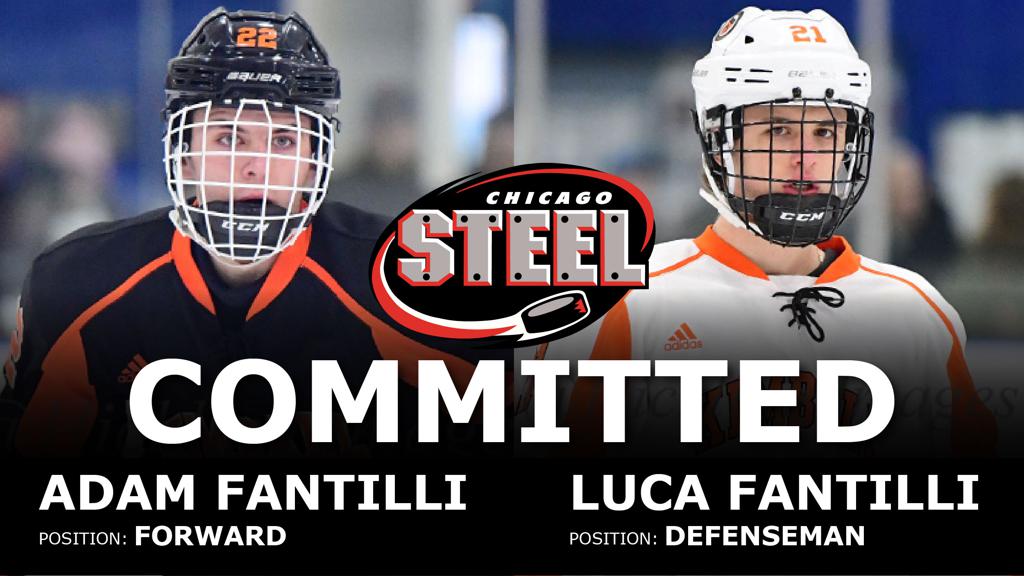