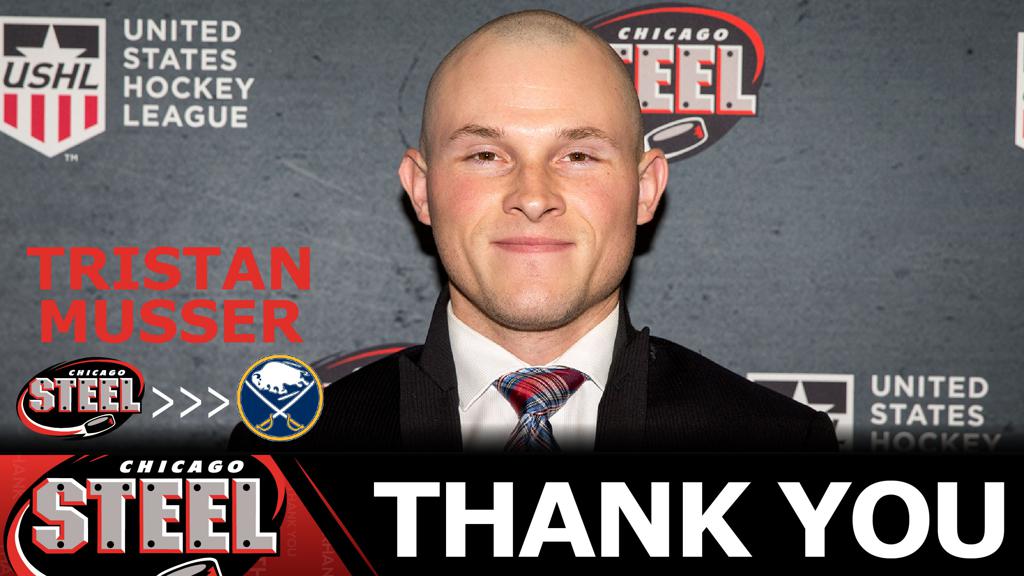 Musser played an integral role in helping build the Steel roster and affiliate list in his two seasons with the club.  Musser spent most weekends on the road scouting while doubling as an on-ice skills development coach during the week as part of the organization’s partnership with Belfry Hockey.

“I’m extremely grateful to have been lucky enough to spend the last two seasons with such an extraordinary organization,” said Musser. “From ownership, to staff and on down to the players, the people involved are what has made this such a special place to develop for players and staff. I’d like to thank the entire Steel family for their support in my growth during the last two years, and also for their overwhelming support of this next opportunity. I couldn’t possibly have more confidence in the management, coaching staff and players to continue to challenge the definition of development, while pursuing a championship in the 2020-2021 season.”

Musser joined the Steel prior to the 2018-2019 season after spending two years in Buffalo, N.Y., as a development coach with the Academy of Hockey.

The Lansing, Mich., native played hockey at Adrian College in Michigan and earned his master's degree in Sport Administration from Canisius College in Buffalo, N.Y. There, he served as Director of Hockey Operations for the Golden Griffins.

“Our primary goal as an organization is to facilitate development in our people on and off the ice,” said Steel General Manager Ryan Hardy. “Tristan did a tremendous job over the past two years, both in his efforts leading our scouting department as well as on the ice from a player development standpoint. He will be missed but his contributions to the club will continue to be felt for years to come.”