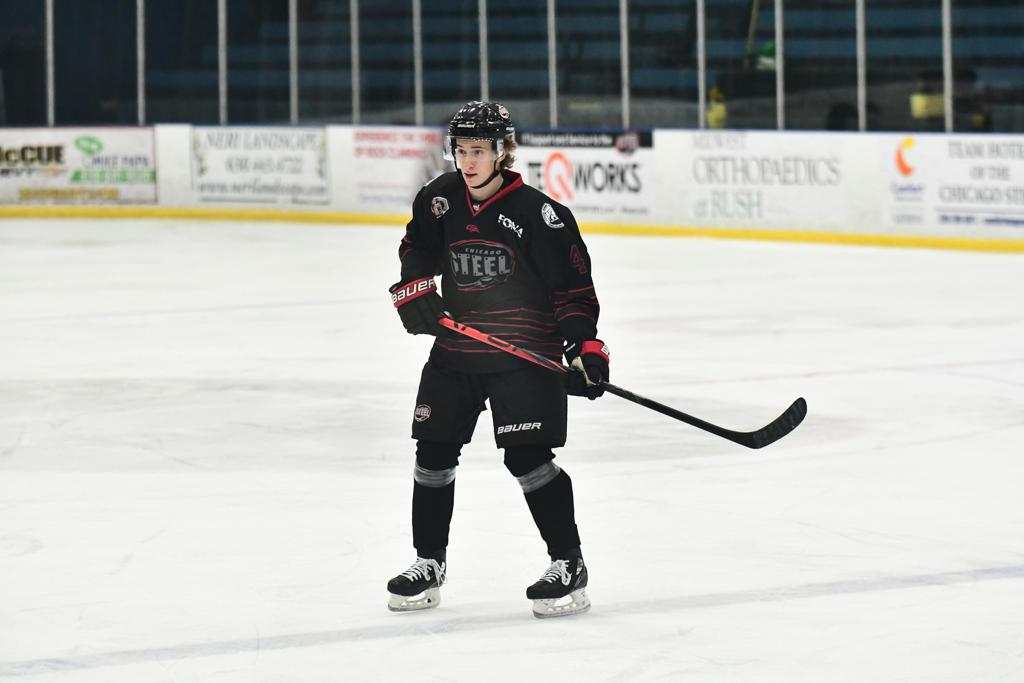 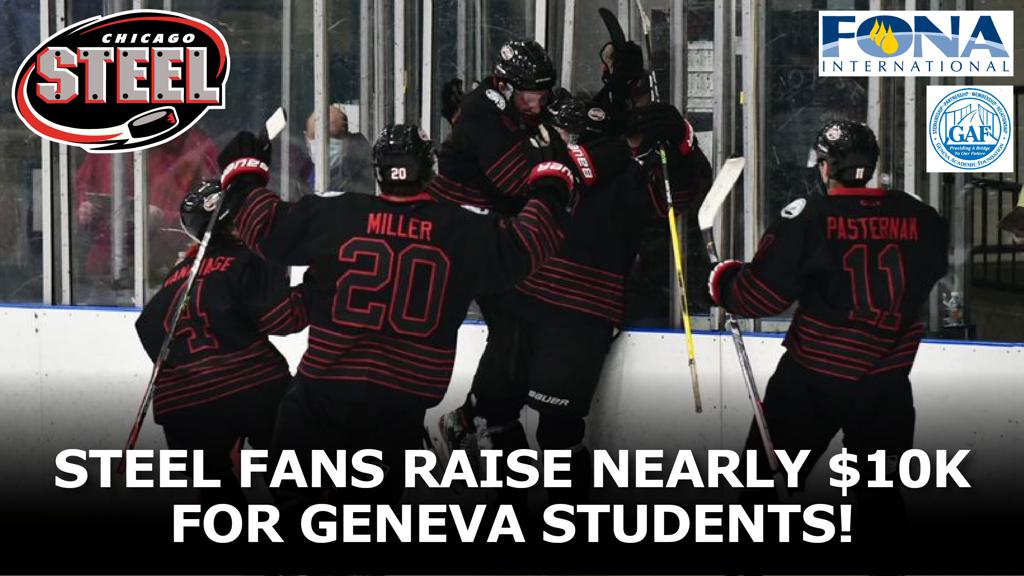 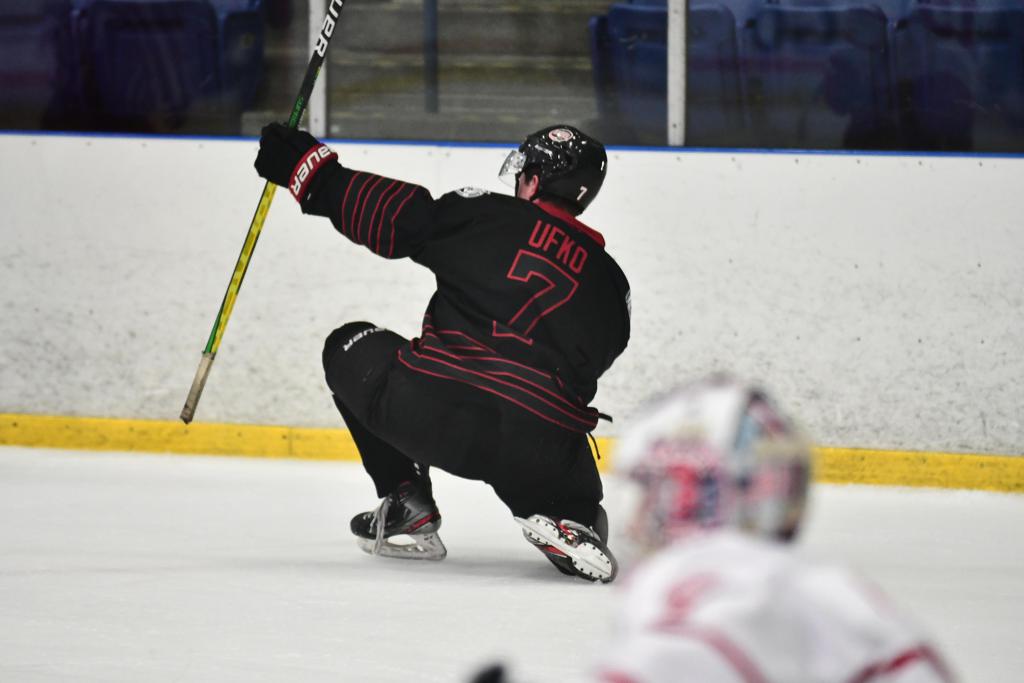 The Steel wore the special ‘blackout’ jerseys on Saturday, Feb. 13 for their game against the Dubuque Fighting Saints, a 3-2 overtime victory. The week-long online auction which began Feb. 11 concluded Thursday, Feb. 18.

The auction grossed nearly $10,000, the highest total for any special jersey auction since the Steel relocated to Fox Valley Ice Arena prior to the start of the 2015-2016 season.

“To have a record auction total in a year when fans have been unable to watch our team play live due to COVID-related restrictions is a testament to their passion for our team and players, and their commitment to our community,” said Steel President Dan Lehv.  “We’d like to thank everyone who placed a bid and our partners at FONA International for their continued commitment to students in our area.”

The one-time-only sweaters were black with sets of three charcoal stripes outlined in red on both the elbows and waist. A never-before-seen Steel crest design, a black and charcoal silhouette outlined in red, was placed front and center on the chest. In addition to GAF logos on both shoulders, the sublimated jerseys included a FONA International logo on the left chest.

Of the 29 jerseys available for auction, 13 were purchased at the “Buy It Now” prize of $500. All 29 of the jerseys were sold, including mascot Rusty who wears number 00.

“The Geneva Academic Foundation Board of Directors extends our deepest appreciation to the Chicago Steel and FONA for an incredible 2021 event!” said GAF President, Julie Post-Smith. “Congratulations and thank you to all of the auction bidders and the community for your support of Geneva students!”

For the fifth straight season, FONA International agreed to sponsor the game. The flavor company, based in Geneva, actively promotes science education in the community through its “Discover FONA” program, teaching students about food and flavor science.

The Steel currently own the best record in the USHL (23-8-2-0, 48 pts.) having played 33 of a scheduled 54 games this season.  Nine Steel players were recently included on NHL Central Scouting’s “Players to Watch” list for the 2021 NHL Draft.

Chicago is in action this weekend, traveling to Iowa for a matchup against the Des Moines Buccaneers on Friday, Feb. 26 before heading to Waterloo for a Saturday night clash with the Black Hawks at 6:05 pm CT on Feb. 27.