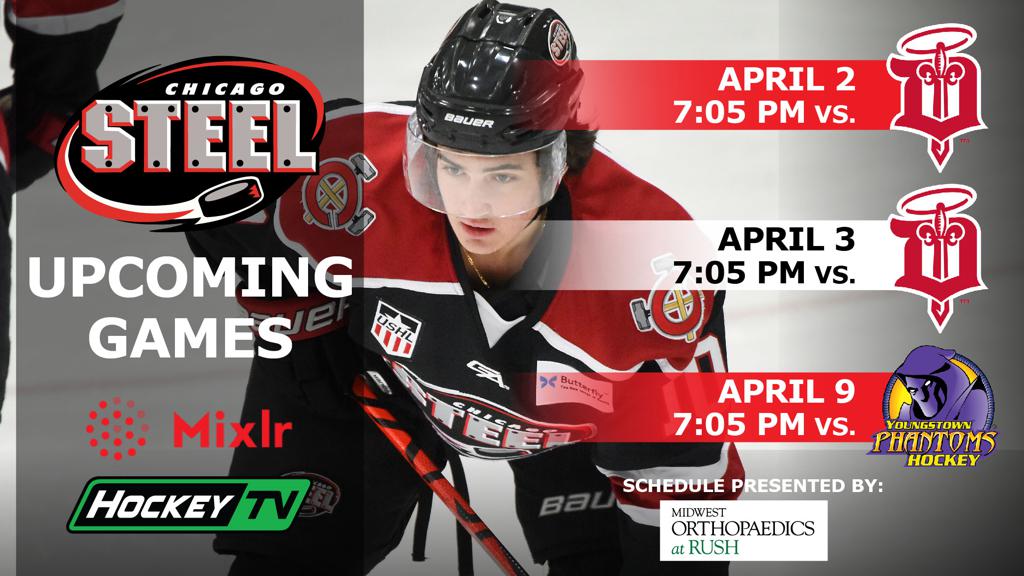 GENEVA, ILLINOIS — The first-place Chicago Steel (30-10-3-2; 65 pts.) take the Fox Valley Arena Ice on Friday with two unique opportunities to thrill the home crowd, presently the only spectators in the State of Illinois indoor sporting events.

After the first Steel goal of the game against the Dubuque Fighting Saints on Friday, April 2, fans will toss stuffed animals onto the ice during the team’s sixth annual Teddy Bear Toss, presented by Geneva Family Dental.

The stuffed animals will be collected by Steel players and donated to local charities following the game.  On Sunday, March 28, the Steel and Geneva Family Dental hosted a drive-thru version of the team’s Teddy Bear Toss, collecting over 100 stuffed animals.

Past charities that have received stuffed animals from the fan-favorite event have included Marklund, Big Hearts of Fox Valley, WINGS Program, INC. and Mooseheart Child City and School.

Over the past five seasons, Steel fans have tossed over 2,000 bears at Steel Teddy Bear Toss events that have been donated to area charities.

The Steel can become the first team in the USHL to clinch a berth in the 2021 Clark Cup Playoffs with a win on Friday night. Chicago would extend their streak to five consecutive seasons securing a spot in the postseason, the longest active streak in the league and the longest in franchise history.

The Fighting Saints enter Friday’s faceoff on the outside of the Eastern Conference playoff picture with a record of 18-19-3-1 (40 pts.), just eight points behind Team USA for the fourth and final slot in the postseason.

Dubuque has earned victories in three of its last four contests, putting up an average of 6.50 goals per game over that stretch.

Defenseman Henry Thrun earned USHL Defenseman of the Week honors on Tuesday for his five-points (2G, 3A) in three games last weekend. Thrun, part of the 2021 World Junior Champion Team USA, has registered 12 points (5G, 7A) in 13 games for the Saints this season.

After the matchup on Friday night, both teams will travel to Iowa to finish the home-and-home set with a 7:05 pm CT start time on Saturday, April 3 at Mystique Community Ice Center, closing out the eight-game regular season series against the Fighting Saints.

Chicago earned three out of four possible points last weekend as fans returned to Fox Valley Ice Arena on March 26, a 5-1 victory against the Green Bay Gamblers and March 27, a 4-3 shootout loss to Team USA (U18). With the return of the Steel faithful, Chicago unveiled the first Anderson Cup banner in team history, awarded to the 2019-2020 club as regular season champions of the USHL.

Following this weekend’s set with Dubuque, the Steel will host the Youngstown Phantoms on April 9, 10 & 11.