GENEVA, ILLINOIS — On the final day of the USHL Draft, the Chicago Steel rounded out their roster with the selection of eight forwards, eight defensemen and one netminder in Phase 2 of the draft, open to birth years ranging from 2001-2005.

“Given the status of our team as it relates to returning players and affiliates, our primary objective was to hit a couple specific targets for the 2021-22 team,” said Steel GM Ryan Hardy.  “Beyond that, we set out to identify players with the hockey sense, competitiveness, and skill that we value in order to keep the cupboards full, as well as to maintain competition within our affiliate list.  Finally, we sought to acquire future draft capital for when the world returns to normal next season as well as to secure the rights to the premier prospect in the 2022 NHL Draft, should it not.  We are satisfied with our work and look forward to defending our Clark Cup and Anderson Cup titles for years to come.”

The Steel began the day by trading out of the first round, packaging the #13 overall selection with a pair of 2023 Phase 1 picks (ninth and 10th Rounds) and sending to the Omaha Lancers in exchange for two 2023 Phase 1 selections (first and third Rounds) and a 2023 Phase 2 pick (third round).

Chicago then moved up in a deal with the Youngstown Phantoms, giving up a 2022 Phase 2 pick (Fifth Round) in exchange for the #77 overall selection in the sixth round.

With the pick, the Steel chose Gibson Homer, a netminder who played the last two seasons with Team USA. Homer, originally from Grand Rapids, Mich., brings 33 games of USHL experience with his best statistical season posted in 2020-2021, a 3.49 goals-against average and an .848 save percentage.

After Abgrall, a trio of defensemen came off the board with Steel picks.

Chicago bolstered the defensive side of the puck first with the selection of Hunter Hady, a 6-foot-4, 205-pound defenseman in the seventh round (#105 overall). The Rochester, Minn., native played for the Sioux Falls Power program over a span of the last two seasons, totaling four points (1G, 3A) in 29 appearances.

Nolan Joyce, a blueliner from Dedham, Mass., was taken #135 overall in the ninth round after finishing the 2020-2021 season with 18 points (7G, 11A) in 28 games for St. Sebastian’s School, first among blueliners in points and goals.

A 2019 USHL Draft Phase 1 pick re-joined the Steel when Chicago picked Thor Byfuglien in the 10th round, #150 overall. Originally taken in the fifth round (#72 overall) in Phase 1 in 2019, Byfuglien spent the last two seasons splitting time between Team Sanford Health, Roseau High and the St. Cloud Norsemen, spending the most time with Roseau High. In 19 games this past season, the 5-foot-9, 146-pound defenseman racked up nine goals and 19 helpers for the Rams.

The Steel went back to forward with their next selection in round 11, #165 overall. Shane Wright, the consensus #1 overall selection in the 2022 NHL Draft, was chosen by Chicago. The 6-foot-1, 187-pound forward captained Team Canada to a gold medal in the IIHF U18 World Junior Championship this spring, charting 14 points (9G, 5A) in five games over the span of the tournament.

The Steel chose to select players they had taken in previous drafts in the 12th and 13th rounds.

Forward Evan Hunter was chosen #180 overall after being selected in the eighth round (#117 overall) of the 2020 USHL Phase 1 Draft while defenseman Jason Marsella was taken with the #195 overall pick following his selection a year prior, the #183 overall selection in the 12th round of USHL Phase 2 Draft.

A familiar name to Steel fans was chosen in the 14th round. Adam Power was Chicago’s selection with the #210 overall pick, brother of former Steel blueliner, Owen Power who played for Chicago from 2018-2020.

A forward from Zvolen, Slovakia was next off the board for Chicago. Dalibor Dvorsky, a 6-foot tall, 187-pound skater registered a combined 18 points (6G, 12A) in 26 games split between AIK J18 of the J18 Allsvenskan league in Sweden and HC Banska Bystrica in Slovakia.

Landen Resendes was selected with the #240 overall pick in the 16th round. Last season, the forward from Hudson, Mass., skated for the Boston Bruins 16U club.

Ryan Hopkins, a defenseman from Lunenburg, Nova Scotia, went to the Steel with the club’s 18th round pick. Hopkins, a 6-foot-1, 168-pound blueliner was take with the #270 overall pick although the captain of Stanstead College was limited from action this season.

Each of Chicago’s next two selections were listed as both defensemen and forwards. Liam Steele, taken in the 19th round (#285 overall) and Ryan Friedman, chosen in the 20th round (#300 overall).

Steele, originally from Cobham, Great Britain, was scheduled to play for Stanstead College this season but the team did not see action.

Friedman, a native of Merrick, N.Y., split his season between the Long Island Gulls 16U AAA club and the Vermont Lumberjacks.

The final defenseman chosen by the Steel in the 2021 USHL Phase 2 Draft was Landon Fandel from Sioux Falls, South Dakota. Fandel skated the past two seasons for the Sioux Falls Power program.

Rounding out the picks for the Chicago Steel was Camden Bowman, taken in the 22nd round (#330 overall). The Chicago Mission product has deep ties to Chicago hockey with his father, Stan Bowman, the general manager of the Chicago Blackhawks, and his grandfather, Scotty Bowman, a senior advisor to the Blackhawks.

The majority of players selected Wednesday and Thursday in the Phase 1 and Phase 2 portions of the draft will travel to Chicago to participate in the team’s Tryout/Development Camp June 17-20 at Fox Valley Ice Arena in Geneva.  Camp is by invitation only and additional details regarding spectators will be announced soon. 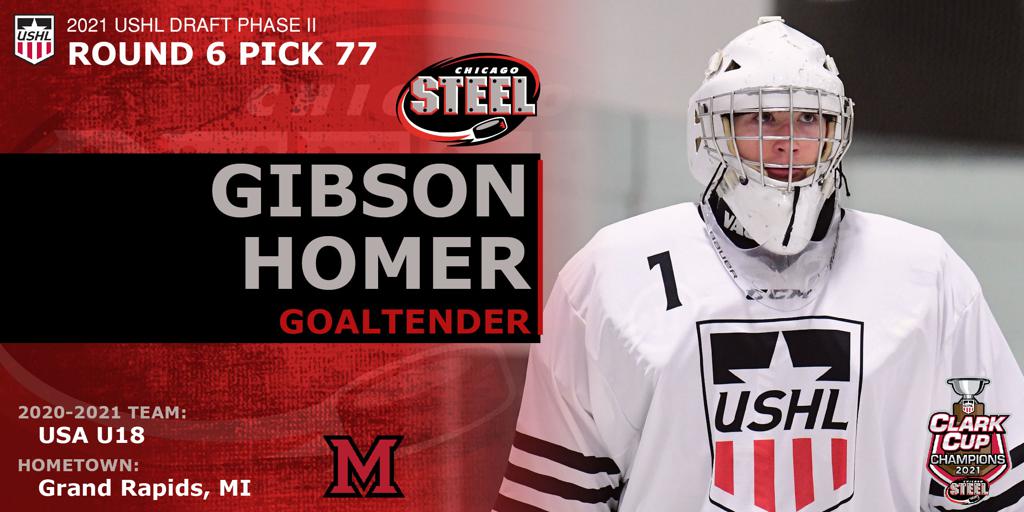 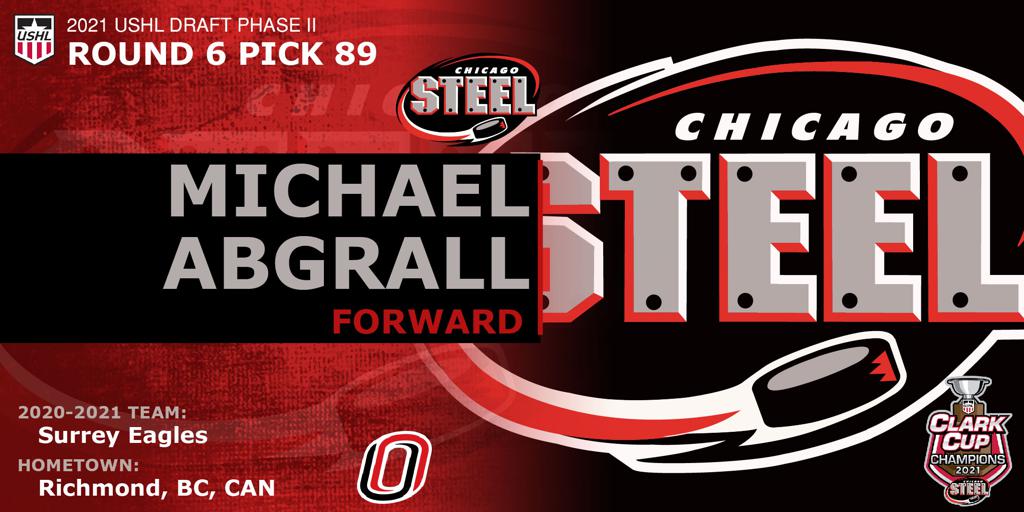 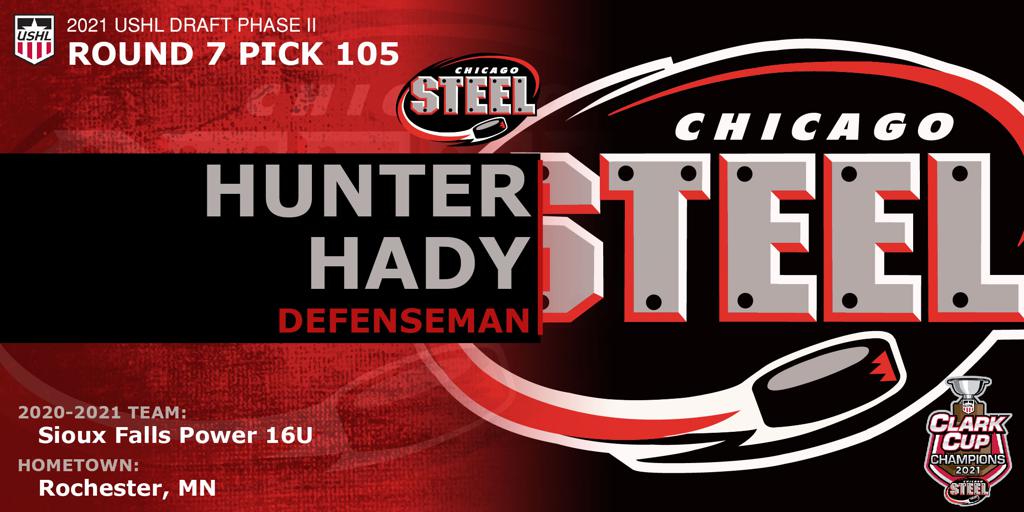 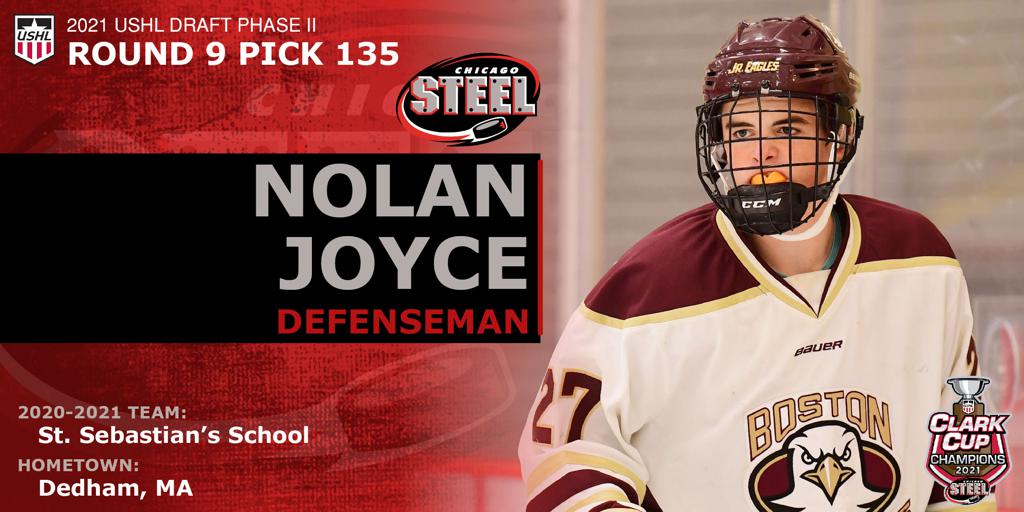 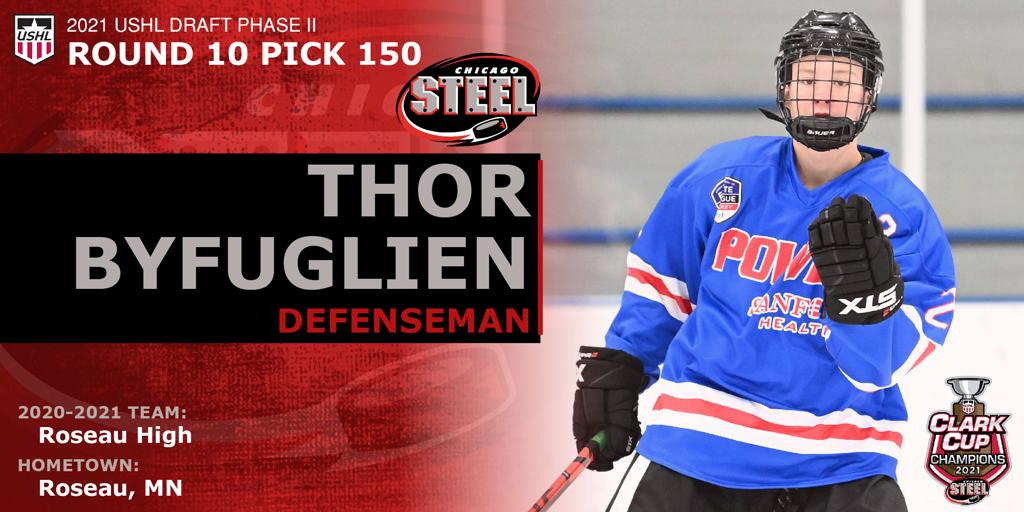 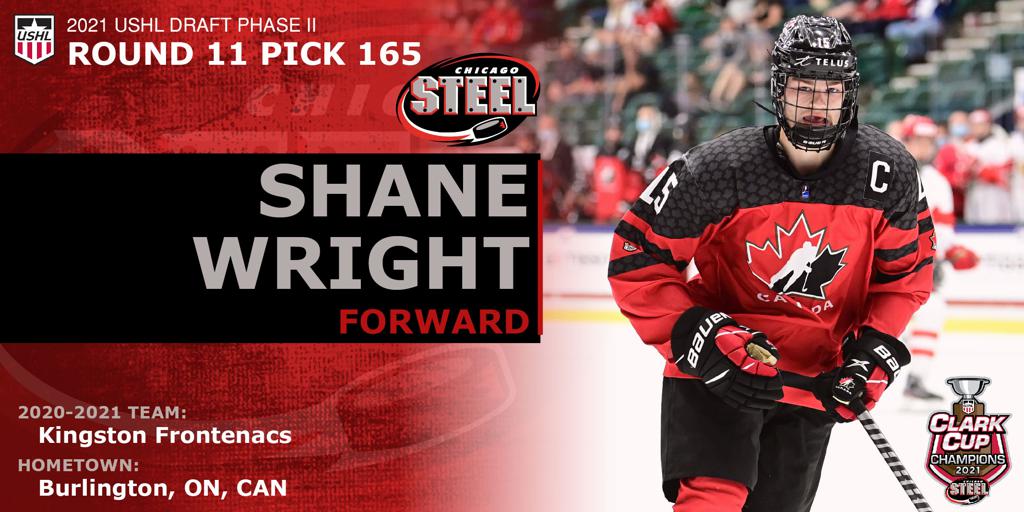 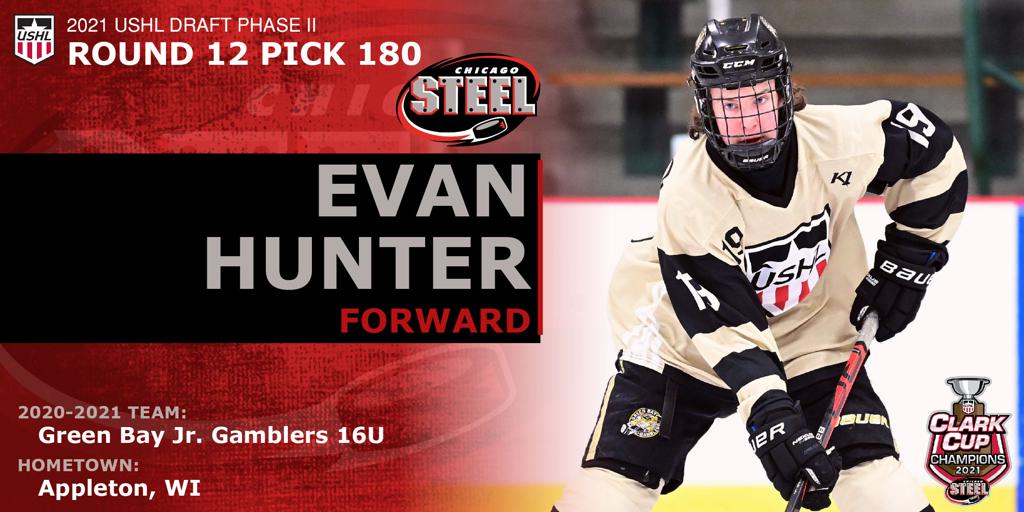 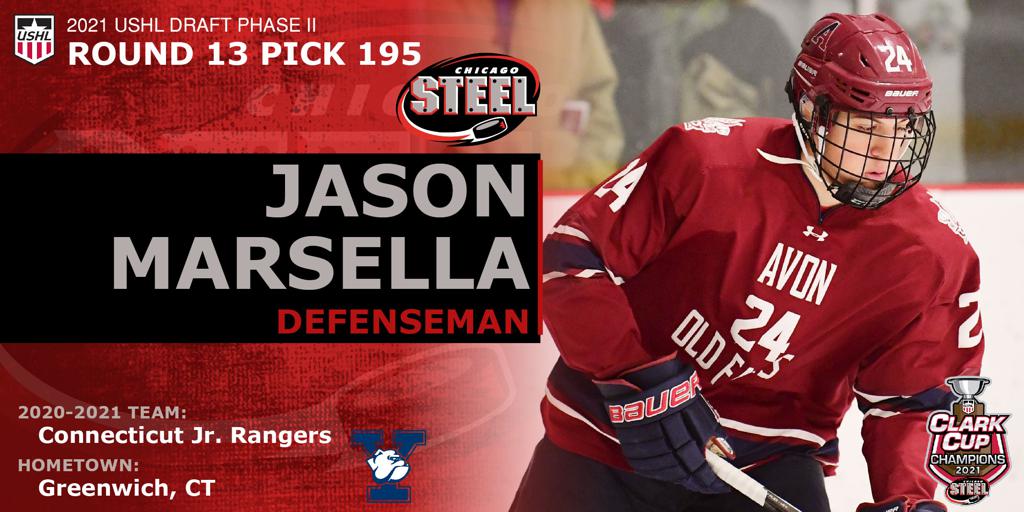 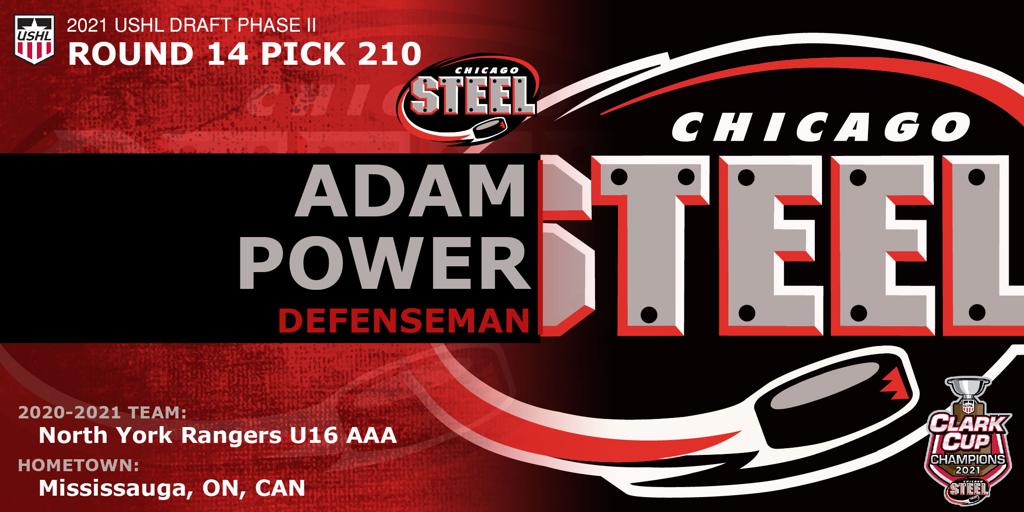 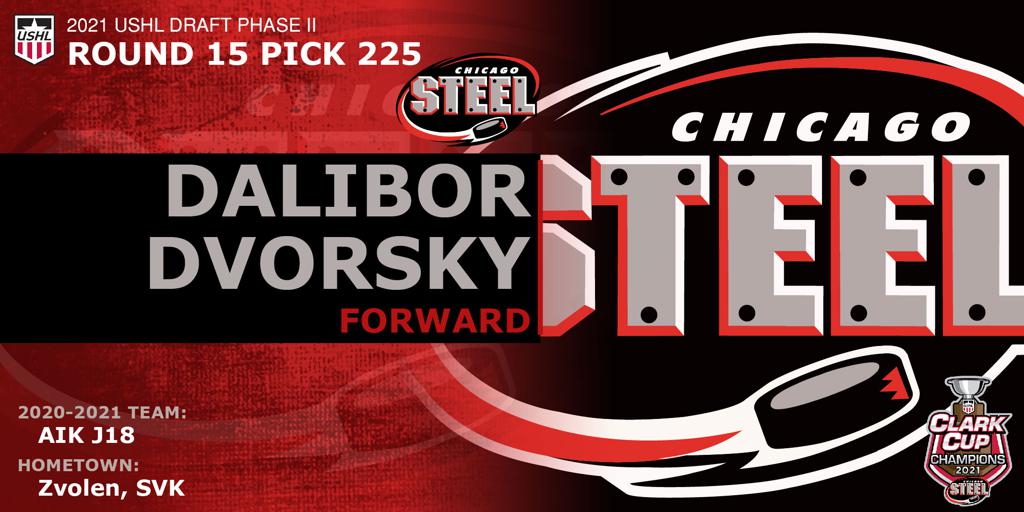 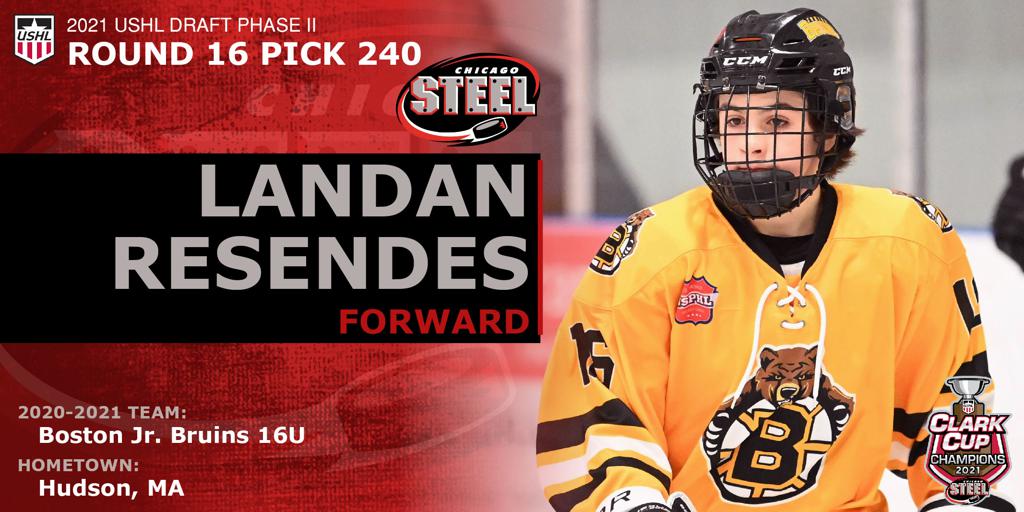 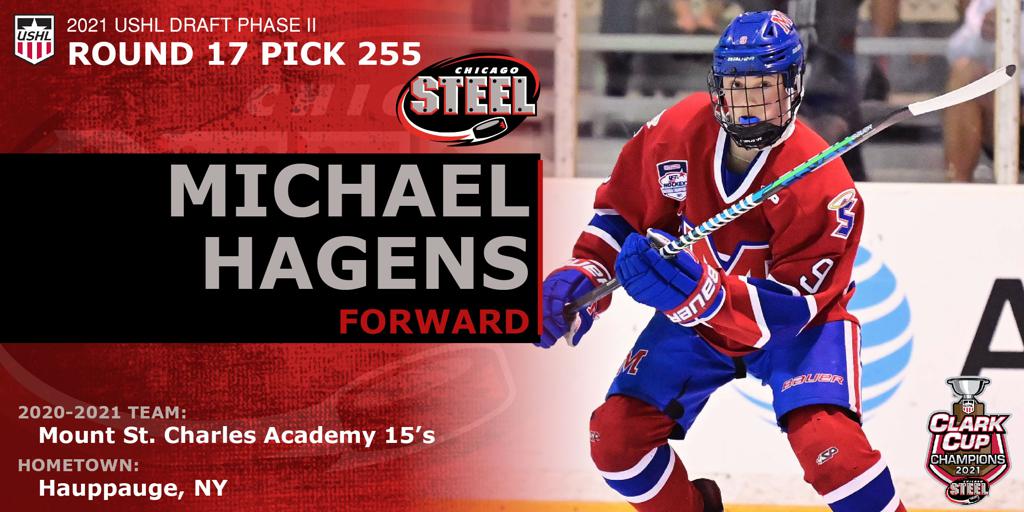 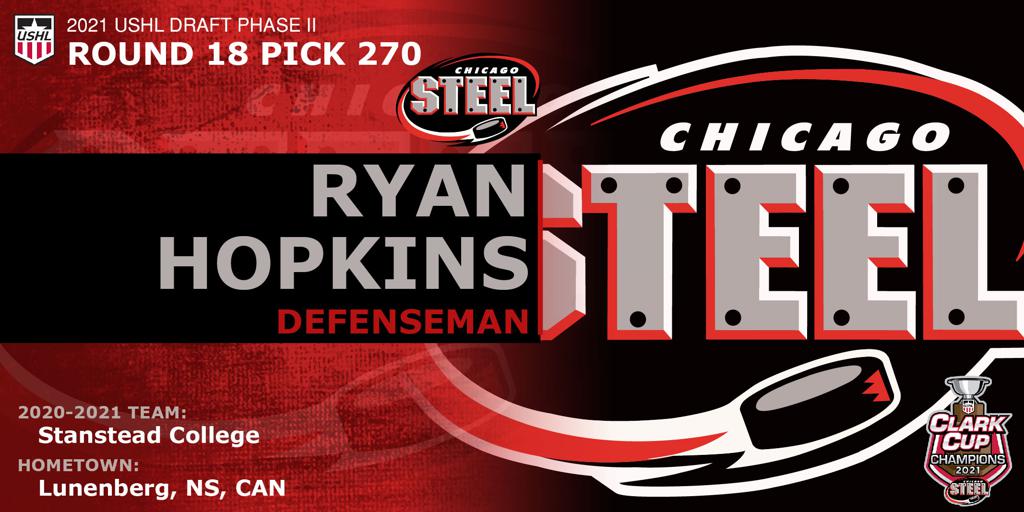 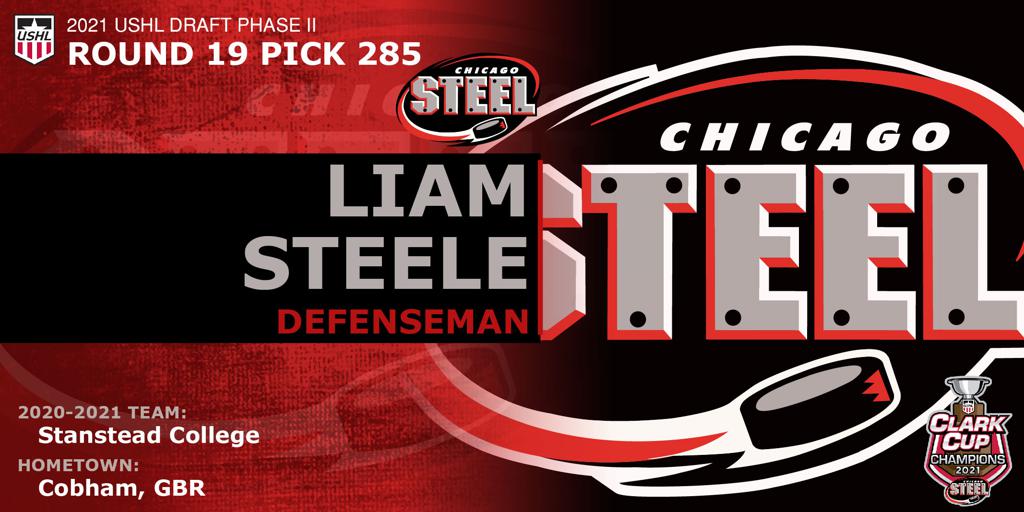 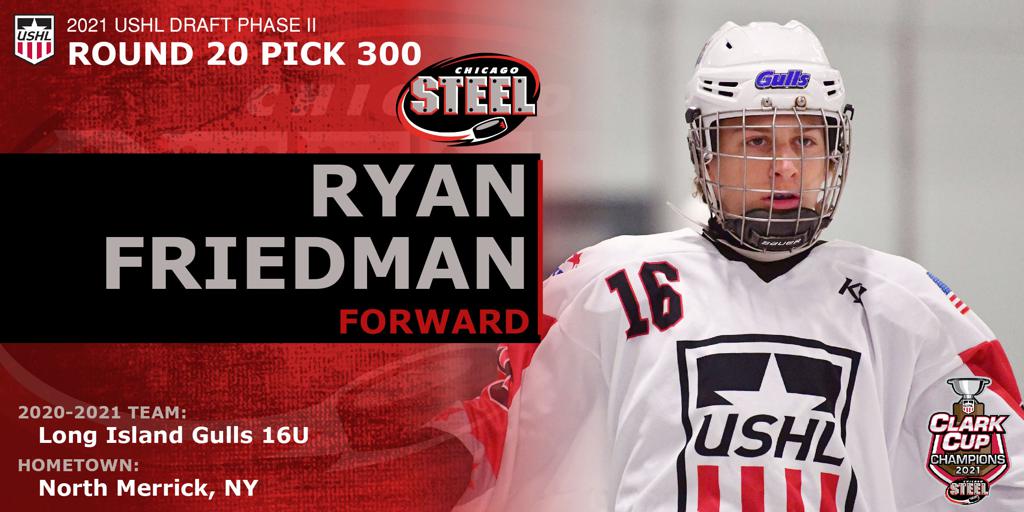 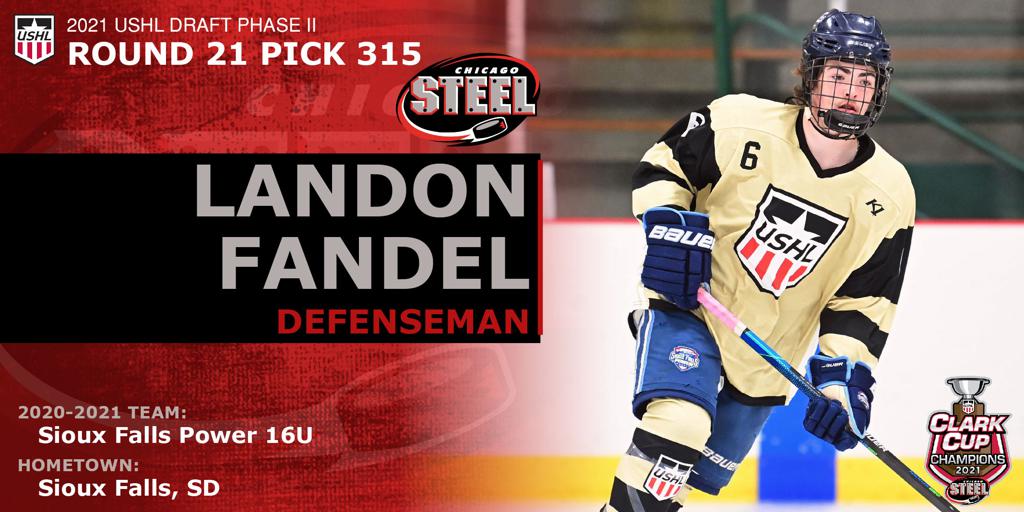 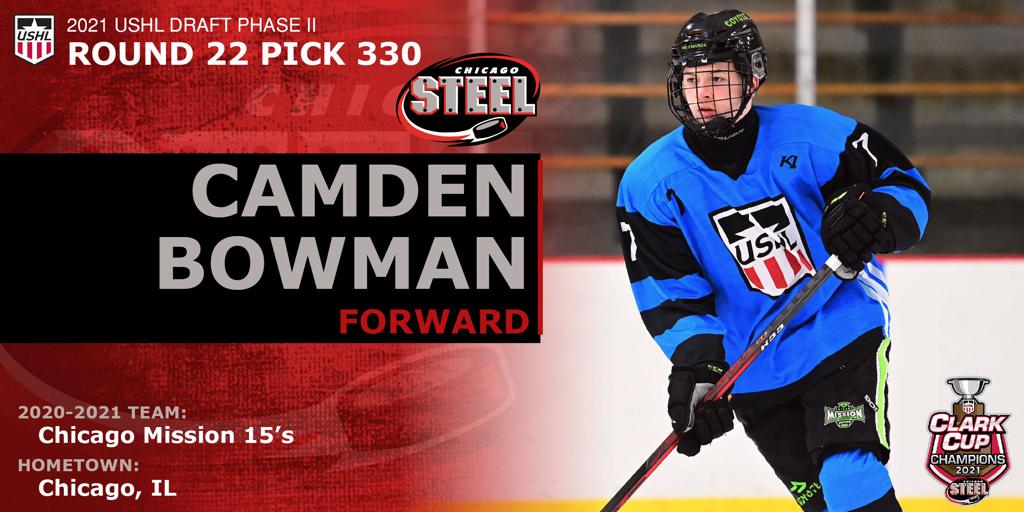