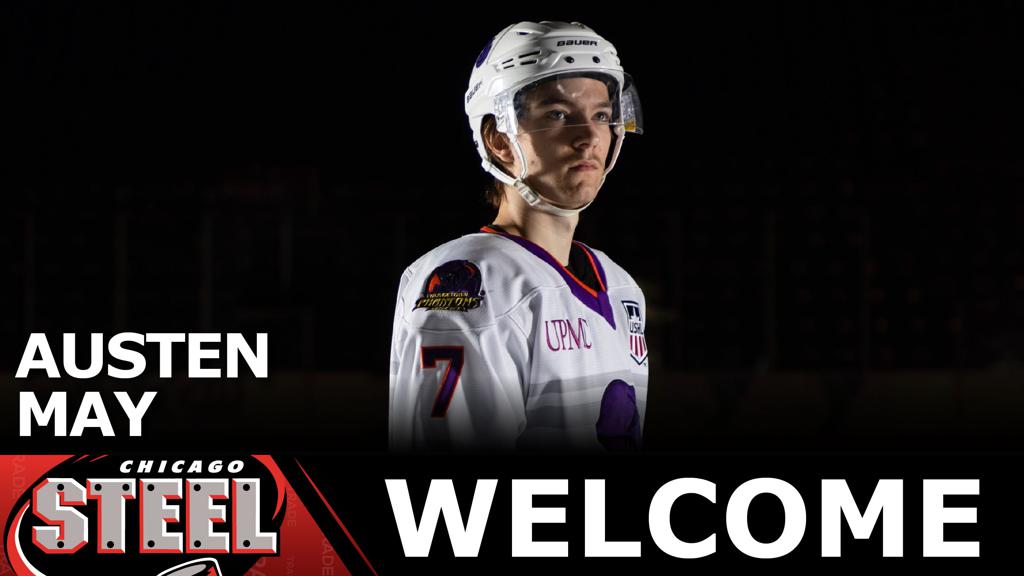 GENEVA, ILLINOIS — The Chicago Steel today announced the acquisition of defenseman Austen May from the Youngstown Phantoms in exchange for three future USHL draft picks.

May, a native of Woodhaven, Mich., skated in 43 games for the Phantoms during the 2020-2021 season posting 16 points (2G, 14A), the second-most among Youngstown defensemen, including two helpers over 12 outings against the Steel. May is committed to Providence College.

“We are excited to add a player of Austen’s caliber to our team,” said Steel Assistant General Manager Noëlle Needham. “He is an intelligent, smooth, puck-moving defenseman that will fit into our style of play perfectly. We look forward to his continued development in our organization.”