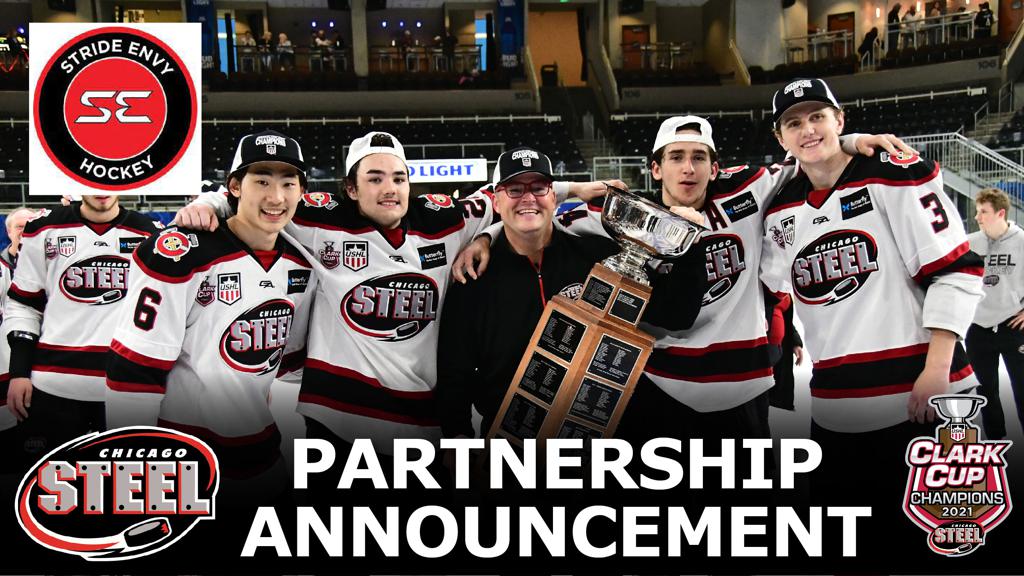 Nicholas has worked with the Chicago Steel for the past four seasons and joined the team for the entirety of its 2020-2021 Clark Cup Playoff run.  He will serve as an integral piece of the player development model, providing on and off-ice instruction, creating individual strategic development plans for each player, and collaborating with the coaching staff on skills-based practice planning and style-of-play.

“Adam is a brilliant technician and tactician, his enthusiasm is infectious, he’s collaborative, committed and team-oriented and is beloved by the players he trains,” said Steel Owner Larry Robbins. “Adam Nicholas embodies passion and purpose in his daily approach to player development and we are thrilled to have him in Chicago for the next three years.”

Stride Envy, founded by Nicholas, is a player enhancement company specializing in development of elite-level hockey talent.  It has become a world-renowned resource for elite-level hockey players ranging from youth level to the National Hockey League.

“This past year was incredible, as I had the opportunity to live in Geneva for the entire season and build a phenomenal rapport with the players and staff,” said Nicholas. “From top to bottom, the Chicago Steel is an organization that values character, passion, and a strong, positive culture, and I am thrilled to continue building on the success we achieved setting USHL records and becoming Clark Cup Champions again.”

Nicholas has consulted for several NHL teams including the New York Rangers and Toronto Maple Leafs.  He served as development coach for the University of Massachusetts-Lowell.  His NHL clients have included Clayton Keller, Noah Hanifin, Colin White, Jordan Greenway, Zdeno Chara and Connor Garland, among numerous others.

“We’re beyond excited to partner with Adam Nicholas and Stride Envy,” said Steel General Manager Mike Garman. “Adam has been an invaluable asset to the Steel for the past four years and we’re thrilled to increase his role going forward. Adam’s innovative approach to player development provides our players not just the skills, but also the Hockey IQ they need to reach their highest potential. In addition to working with each player individually, Adam works seamlessly with our coaching staff to enhance our team concepts and style of play. The synergy between Stride Envy and our coaching staff forms the cornerstone of our mission - to be the premier development organization in hockey.”