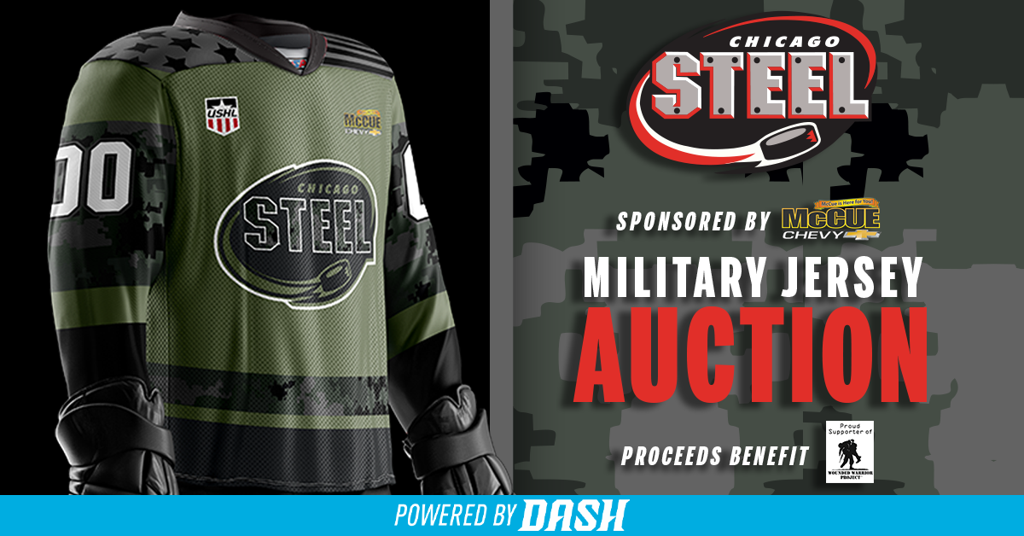 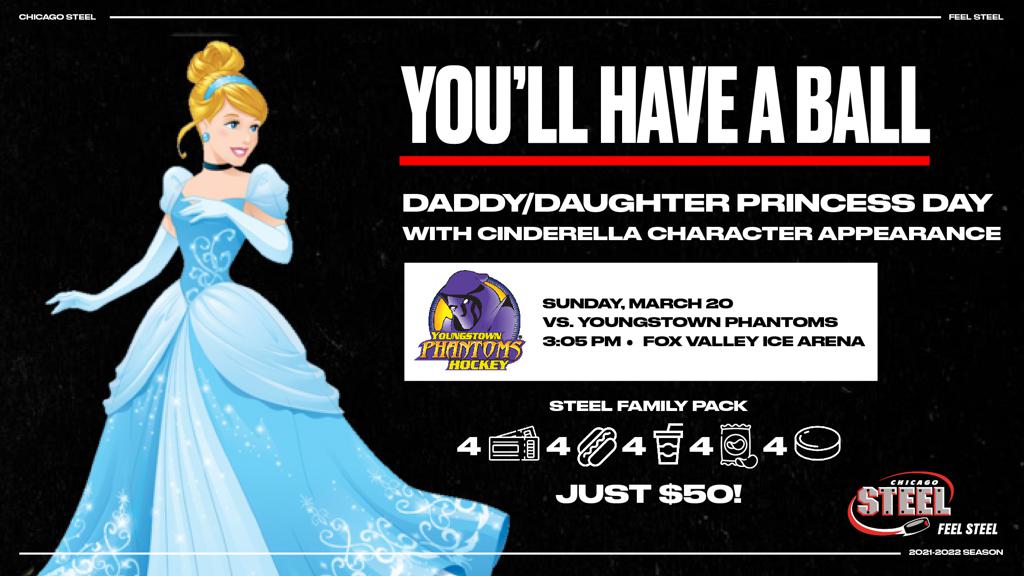 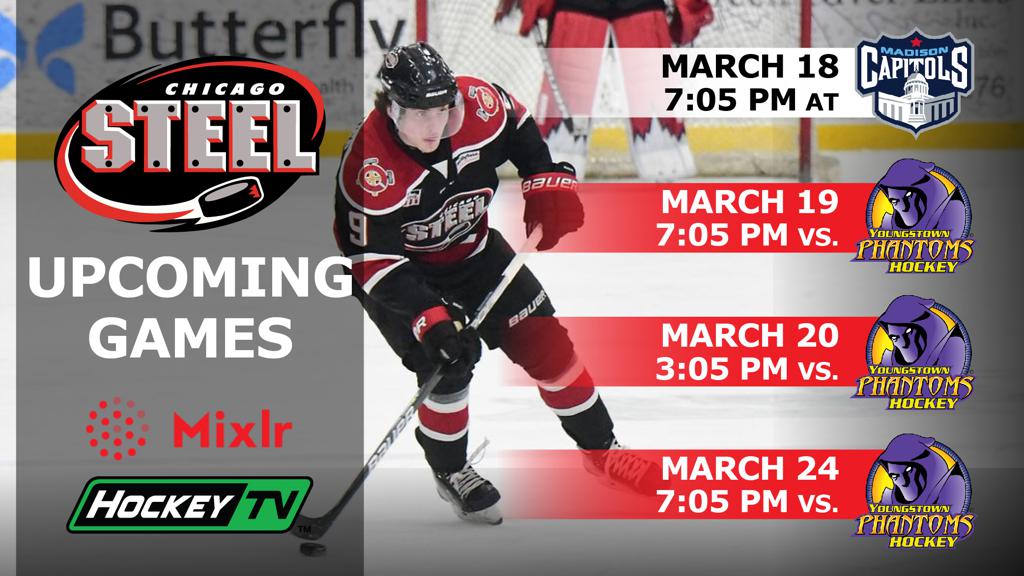 GENEVA, ILLINOIS — The Chicago Steel (29-11-7-1; 66 pts.) will pay tribute to heroes before hosting a special appearance by Cinderella during a busy weekend at Fox Valley Ice Arena this Saturday night and Sunday afternoon.

Military Appreciation Night with a special jersey auction presented by McCue Chevy to benefit Wounded Warrior Project returns Saturday, March 19 for a 7:05 pm CT puck drop against the Youngstown Phantoms.  Active military and veterans may receive up to six complimentary tickets for themselves and family members for Saturday’s game.

Sunday is the final Steel Family Pack Game of the regular season on Daddy Daughter Princess Day and features an appearance by Cinderella for a 3:05 pm CT start time against Youngstown. The Steel Family Pack is a special ticket deal with 4 tickets, 4 hot dogs, 4 chips, 4 sodas/waters and 4 chuck-a-pucks for just $50.

The special jerseys to be worn on March 19 will be available for online auction from Thursday, March 17 through Thursday, March 24 at the following link: https://web.dashapp.io/team/chicagosteel.

In addition to the jerseys paying tribute to the military, the Steel will recognize several veterans and active military members and before the game, the Chicago Blackhawks Warriors will take the ice and play against the Central Illinois Warriors in a charity game at Fox Valley Ice Arena at 3:30 pm. The Chicago Blackhawks Warriors and Central Illinois Veteran Warriors give veterans who have been injured or disabled in the course of their service the opportunity to play hockey in an environment suited to their needs.

Sunday is Daddy Daughter Princess Day with a character appearance by Cinderella. In addition to a chance to bond over Chicago Steel hockey, kids will be able to stop by a table run by Geneva-based Pigtails & Crewcuts for new hairstyles. Teams of Dads and daughters will have the opportunity to win prizes during the game with sing-a-longs and other fun games throughout the afternoon.

The Steel enter the home games against Youngstown on a two-game home win streak after 5-2 victories against the Cedar Rapids RoughRiders on March 11 and the Madison Capitols on March 12.

Steel head coach Brock Sheahan currently sits at 97 total wins as Steel head coach, trailing Scott McConnell (100 Wins) by just three victories for winningest coach in franchise history. Since being named head coach during the 2019-2020 season, the Lethbridge, Alberta, native has compiled a record of 97-24-10-3, the highest points percentage (.772) of any USHL team over that stretch.

The Youngstown Phantoms (22-16-5-4; 53 pts.) travel to Fox Valley Ice Arena in fourth place in the Eastern Conference, looking for the club’s first appearance in the Clark Cup Playoffs since the 2018-2019 season.

Through three matchups against Chicago, the Phantoms are one of two teams with a winning head-to-head record against the Steel this season with a mark of 2-1-0-0. Including the contests on Saturday and Sunday, the Phantoms and Steel are set to play five more times before the end of the 2021-2022 regular season.

Youngstown is led by rookie forward Adam Ingram, ranked #14 among North American skaters eligible for the 2022 NHL Draft. The 6-foot-2, 174-pound skater has totaled 49 points (21G, 28A) over 45 games played in his first USHL campaign.