23 years after suiting up for the Ice Sharks, Ryan Ronkowski gets his #27 jersey 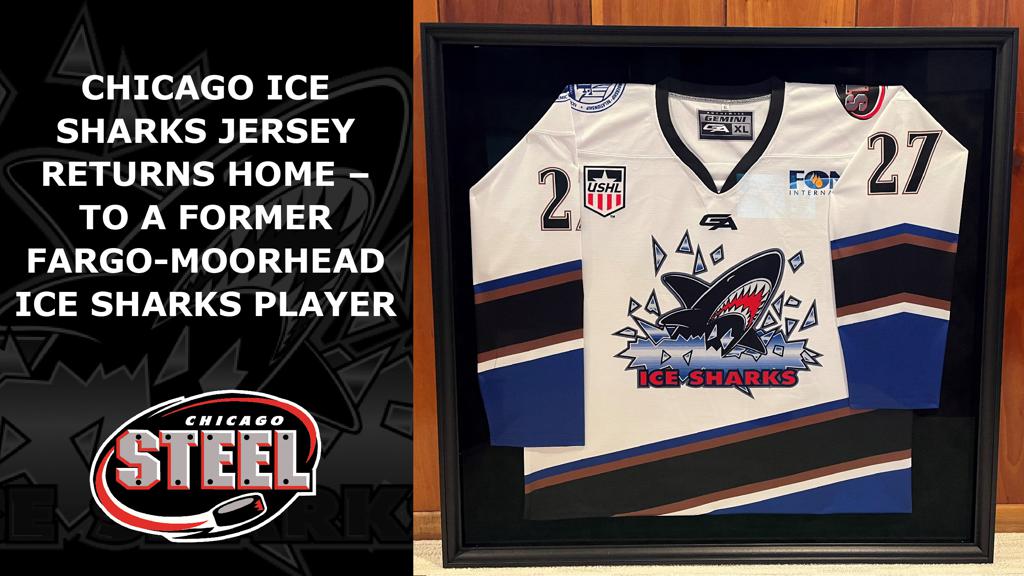 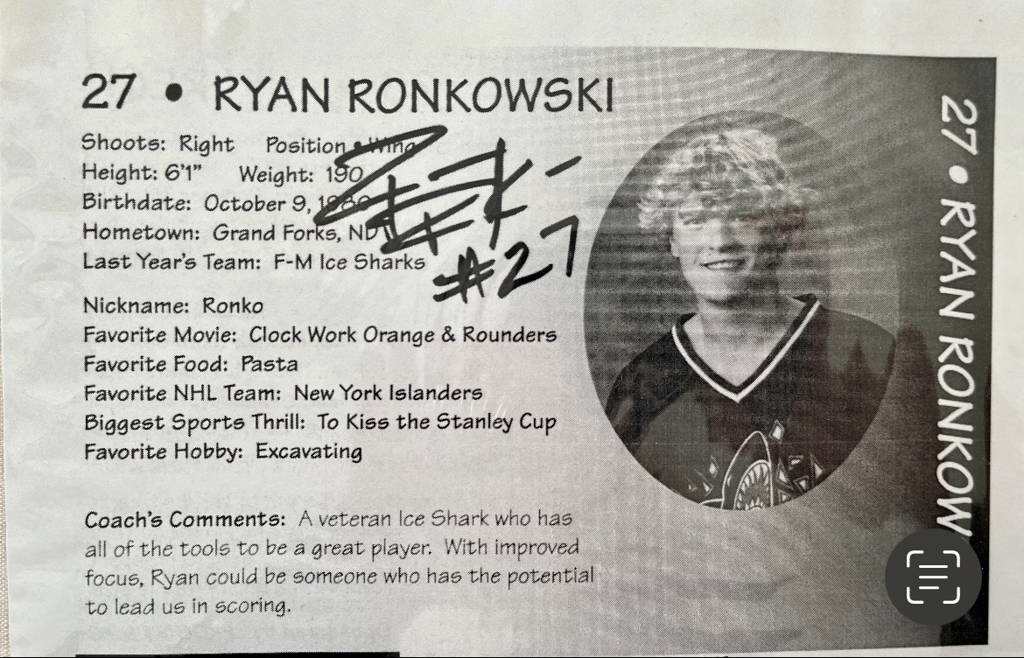 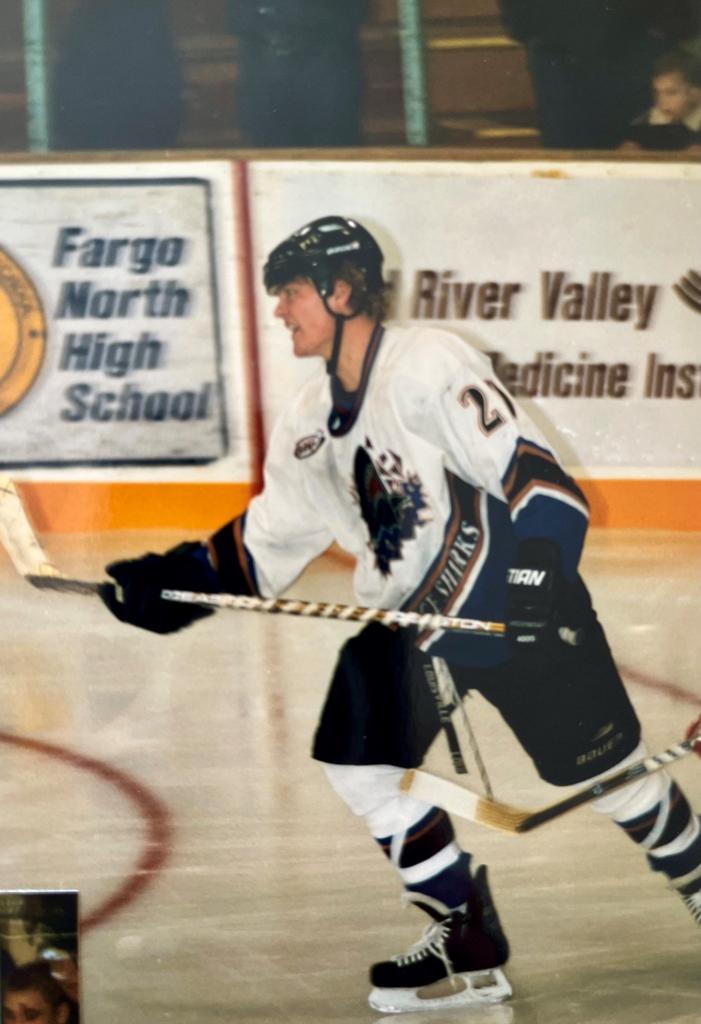 On January 21, 2022 the Chicago Steel faced the Green Bay Gamblers at Fox Valley Ice Arena, suiting up as the Chicago Ice Sharks. The specially designed jerseys worn for the game honored the team’s history when the franchise began and played as the Fargo-Moorhead Ice Sharks from 1996-2000.

The jerseys were available for online auction.  The winners of the #27 jersey were Becky and Keith Ronkowski, the parents of Ryan Ronkowski who played for the Fargo-Moorhead Ice Sharks from 1997-1999.

After Becky and Keith surprised Ryan with the Ice Sharks jersey, the Steel got in touch with Ryan to talk about his days as an Ice Shark and beyond.

How did you work your way onto the Fargo-Moorhead Ice Sharks?

Fargo-Moorhead is only 70 miles South from Grand Forks, where I grew up. The inaugural year of the Ice Sharks was 1996 so I was 15 at the time and we would go to all the games. My junior year in high school, the coaches for the Ice Sharks asked me to try out and that was a big goal for a kid from Grand Forks. I don’t think my parents were ready to let me leave Grand Forks at age 16 to go play for them the whole year so I got the opportunity that year to play a couple of games, then I went back to the high school season in Grand Forks. The following season, they had a coaching change but that was my first full season in the USHL.

Do you remember some of the teams you played against that aren’t in the USHL anymore?

Oh, I can tell you all of them. We made bus trips to Thunder Bay, Ontario, to play against the Thunder Bay Flyers. I actually played against Patrick Sharp when he was there. The Rochester Mustangs and Twin City Vulcans were just some of the teams that we played against that no longer exist after my time. The only two rinks that are still in the USHL from my time are the Ice Box in Lincoln and Buccaneer Arena in Des Moines.

Where were you playing when the team moved to Chicago and became the Steel?

In 1999-2000 I got traded to the Lincoln Stars and the Ice Sharks were still in Fargo. The following year I was with the Omaha Lancers and 2000-2001 was the first time I walked into the Edge Arena in Bensenville to play the Chicago Steel. 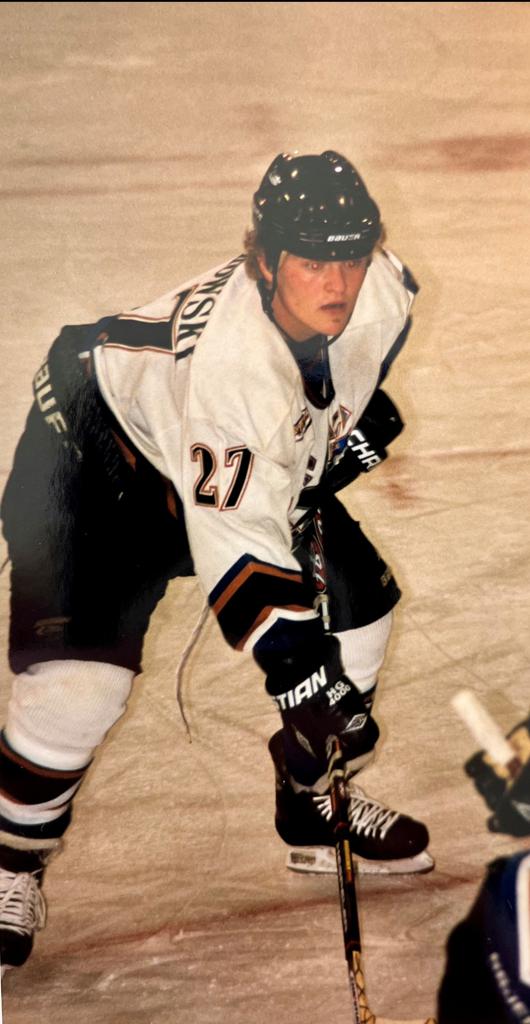 Was that bizarre to play against the Steel after the team moved?

It wasn’t weird at all because a lot of the players that were on the Ice Sharks team that I left weren’t on the Steel. When the Ice Sharks started, they had about five local guys so that really drew attention to us in Grand Forks, saying ‘we want to be Ice Sharks.’ Then, when they moved to Chicago, there wasn’t anyone from the Fargo and Grand Forks area on the team so not that much local history from Fargo moving to Chicago.

Are the Chicago Ice Sharks jerseys similar to the ones you wore and what was your feeling when you found out your mom won your exact jersey number in the jersey auction?

These jerseys are very similar, it’s a spot-on match in my eyes. I found out when she told me after she won the jersey. I was ecstatic because that’s a big piece of history from my life, growing up I wanted to play for the Ice Sharks. They were always competitive, it was always fun for fans to watch and the owners there really took care of us. People in Fargo really cared, they were very hockey knowledgeable at the games.

Do you keep up with how the Steel are doing these days?

I always like to keep track as much as I can. As I get older, the kids get younger and the league has actually changed a lot. One of my good friends is named Alex Simonson and he played for the Steel from 2007-2010 so I kept track of him and the Steel during that time. Alex and I were around Sioux City in 2017 when the Steel won their first Clark Cup so we were at Game 5 when the Steel scored in overtime to win the 2017 Clark Cup.

After his time playing in the USHL, Ryan coached youth hockey before becoming a sales rep for Miller-Coors. Ryan currently lives in Grand Forks. 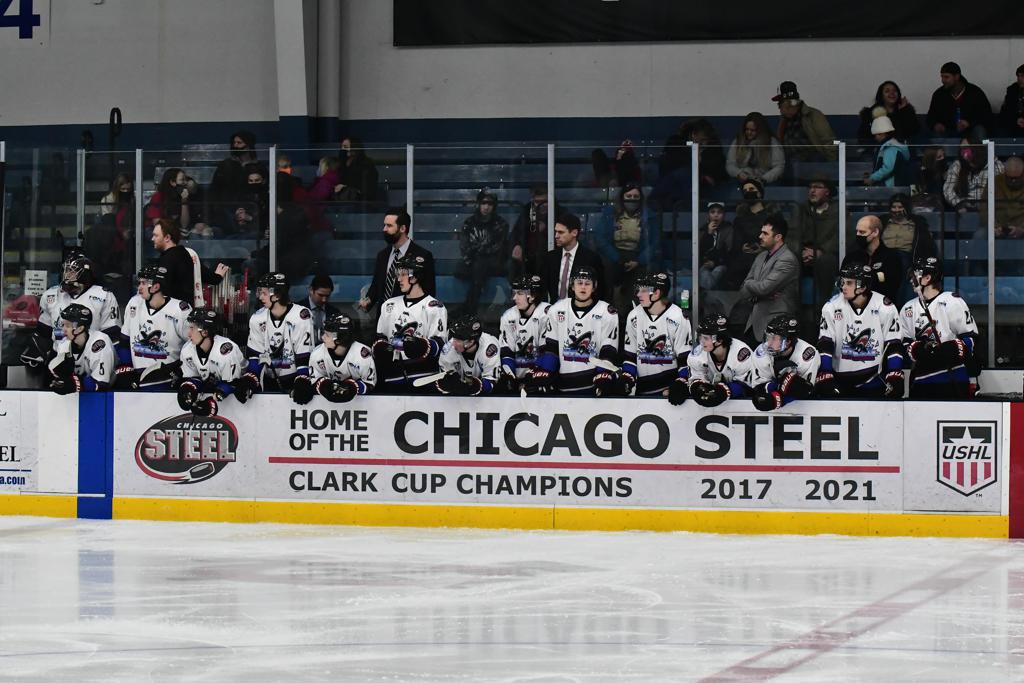