STEEL SELECT EIGHT SKATERS IN PHASE I OF USHL DRAFT 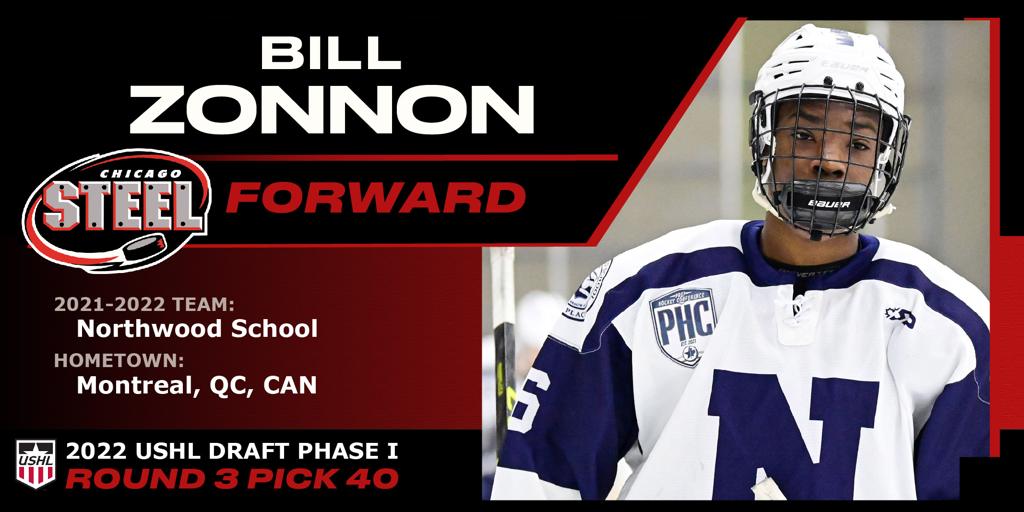 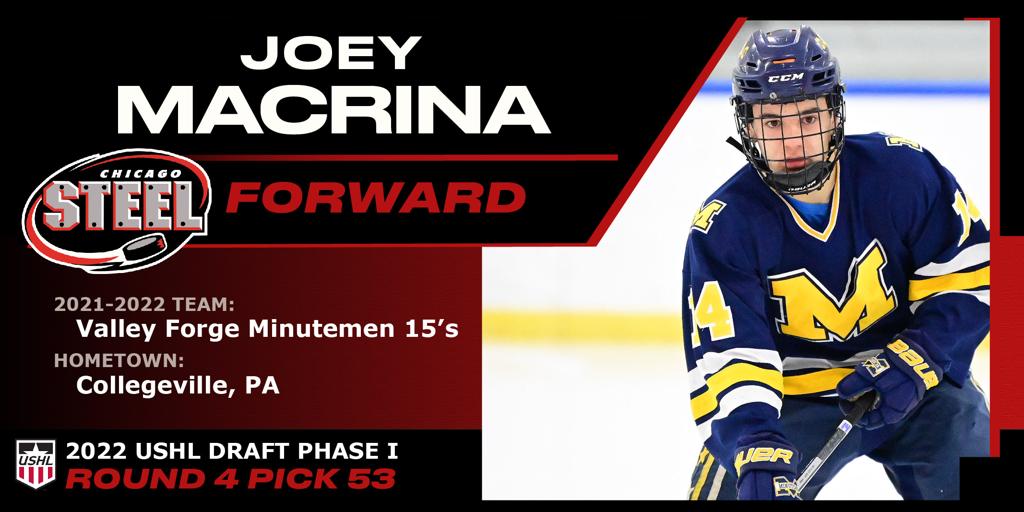 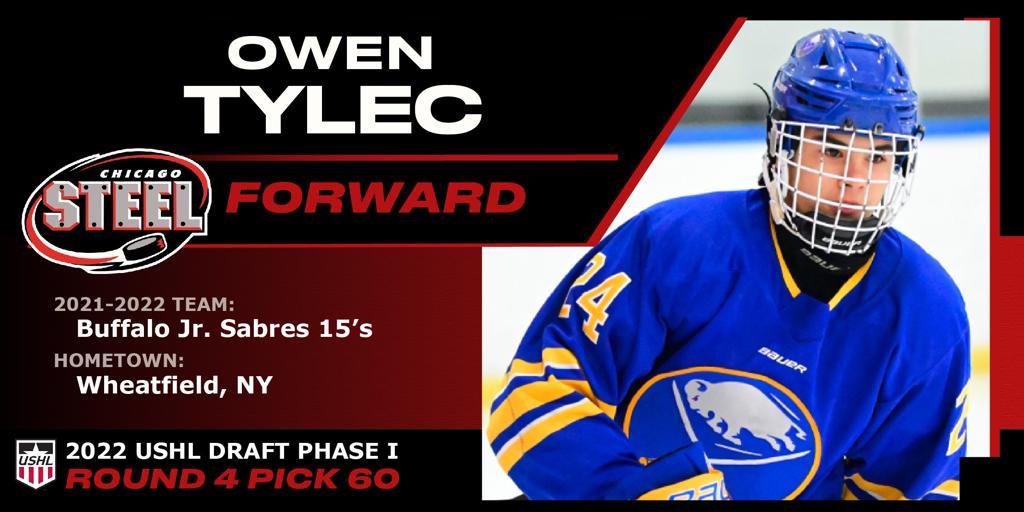 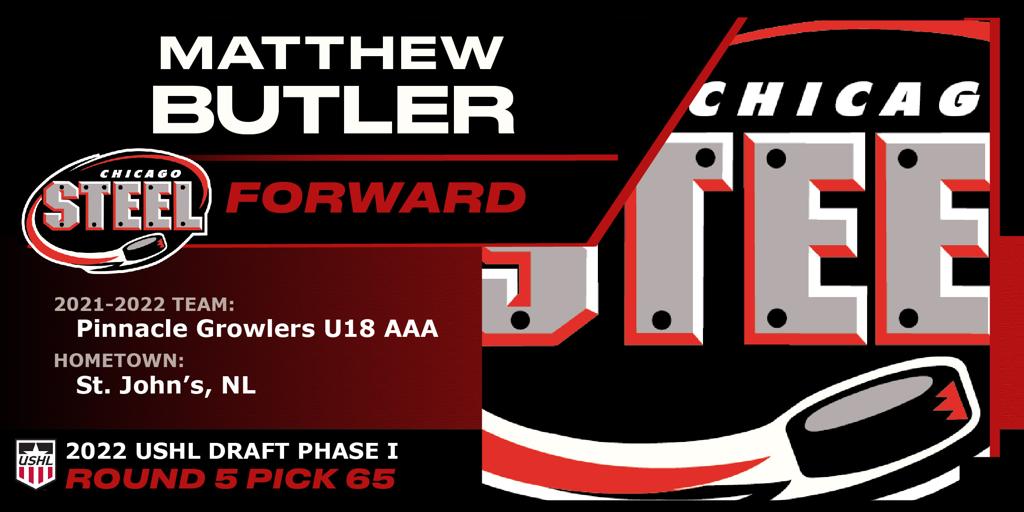 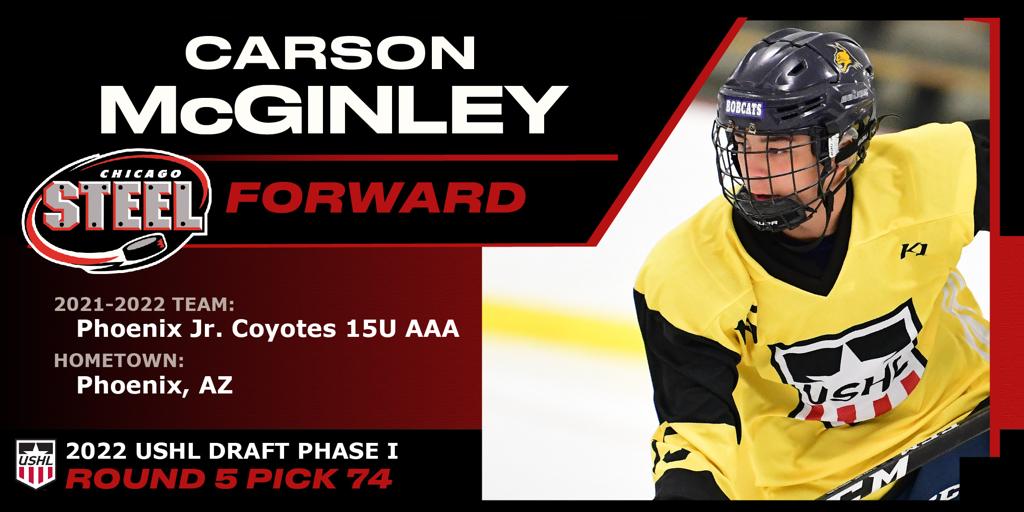 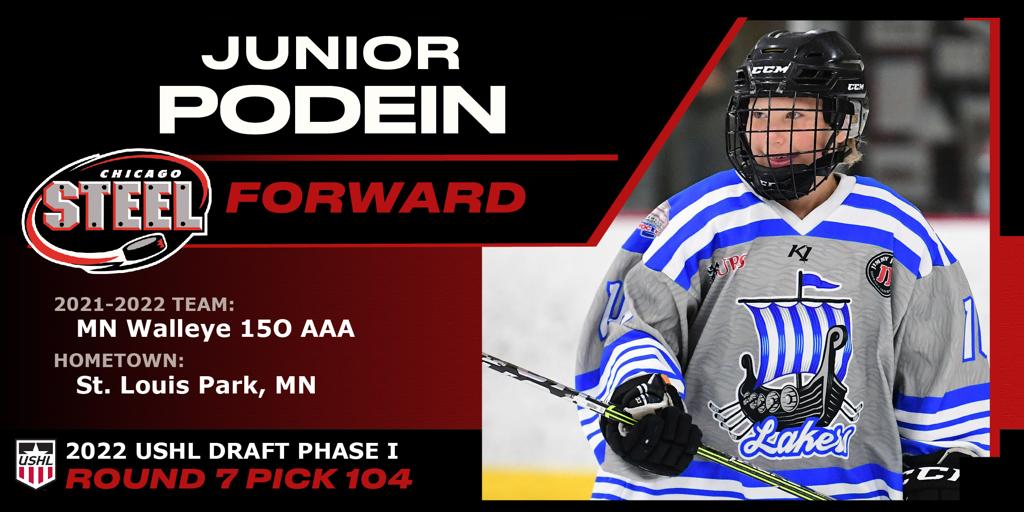 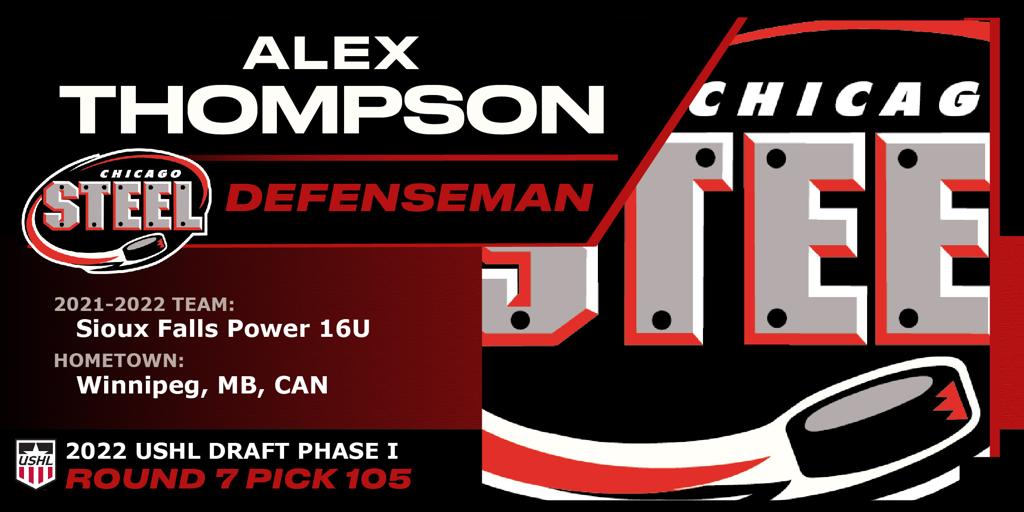 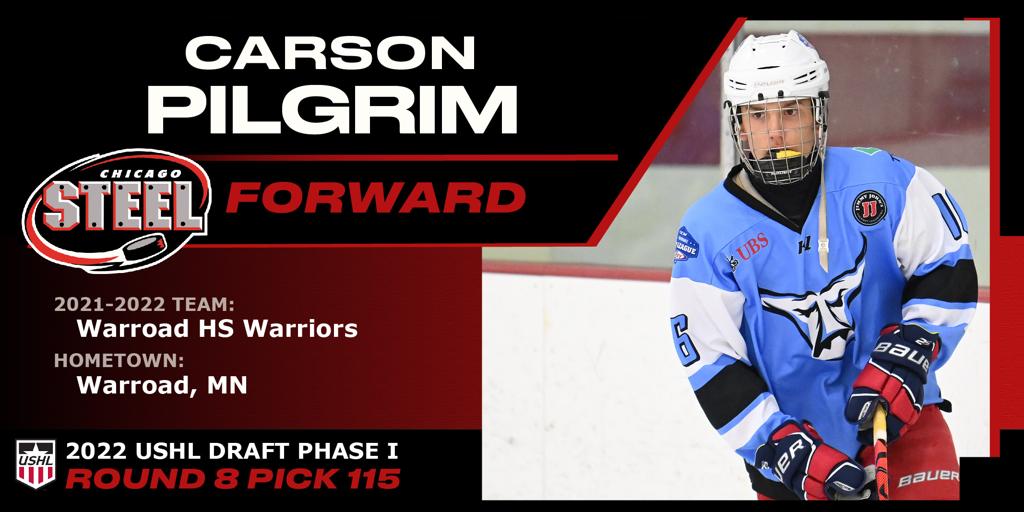 GENEVA, ILLINOIS — The Chicago Steel completed Phase I of the 2022 USHL Draft on Monday, selecting a dynamic group of eight skaters from the 2006 birth year.

The players join forwards Macklin Celebrini and Michael Hage, each of whom signed a tender agreement with the Steel in April ahead of the Phase I portion of the draft.  Chicago’s selections began in the third round, as the signing of Celebrini and Hage was in lieu of the team’s first two picks.

To begin the draft, the Steel grabbed forward help with Bill Zonnon (Round 3, #40 overall), a product of Montreal, Quebec who tallied 27 points (12G, 15A) in 51 games during his second season playing for Northwoods School in New York.

“Bill Zonnon is a very smart, highly-competitive player,” said Steel General Manager Mike Garman. “He can make plays and shoots it like a pro. He’s one of those players that impacts the game every time he’s on the ice.”

Joey Macrina, a forward from Collegeville, Penn., was taken off the board by Chicago in the fourth round (#53 overall) after totaling 22 markers and 14 helpers over 23 games with Valley Forge Minutemen 15U AAA during the 2021-2022 campaign.

“Joey Macrina approaches the game with supreme intelligence and a compete level that is unmatched,” said Steel Associate General Manager Noëlle Needham. “Every time he touches the puck, he has a positive impact on the game.”

“We felt like Owen Tylec was one of the most talented players in the draft,” said Garman. “He processes everything so quickly and has the ability to take over the game.”

Matthew Butler was chosen in the fifth round (#65 overall) by the Steel, adding more depth to the forward group. The St. John’s, Newfoundland, native racked up 15 goals and 26 assists in 32 games for Pinnacle Growlers U18 AAA this season.

“Matthew Butler is an electric player who came on our radar late this year,” said Garman. “He’s a great talent and seems to always produce high-quality scoring chances.”

“Carson McGinley is a player that every team needs,” said Needham. “He has great scoring ability but also brings a crucial 200-foot game to the table.”

Junior Podein was the next selection by Chicago, taken in the seventh round (#104 overall). The forward played 2021-2022 with the Minnesota Walleye 15O AAA club with eight goals and 10 helpers across 22 contests.

“Junior Podein has high IQ, skill and play-making ability,” said Needham. “He is resilient in his compete, making those around him better players in the process. We feel Junior's potential is tremendous.”

Rounding out the draft was Carson Pilgrim, a forward from Warroad, Minn. Chosen in the eighth round (#115 overall), Pilgrim recorded 31 points (17G, 14A) in 31 games for Warroad High in Minnesota.

“We were shocked Carson Pilgrim was still on the board and felt we had to trade up to get him,” said Garman. “He had a standout year for Warroad this season. Carson has a knack for scoring and will fit the Steel system perfectly.”

Chicago will complete the 2022 USHL Draft with Phase II starting on Tuesday, May 3 at 10:00 am CT, drafting players between the 2002-2006 birth years to complete its list of 45 protected rostered players heading into its Tryout/Development Camp June 10-13.

The Steel face off against the Madison Capitols in Game 2 of the best-of-three Eastern Conference Semifinals on Monday, May 2 at 7:05 pm CT on home ice at Fox Valley Ice Arena. Madison leads the series 1-0 after a 4-2 win in Game 1 in Wisconsin on April 30.