GENEVA, ILLINOIS — The Chicago Steel, members of the United States Hockey League, continued a string of recent success at the NHL Draft with three players from the club’s 2021-2022 roster plus one members from the 2020-2021 championship team were chosen in the two-day event held Thursday and Friday at Bell Centre in Montreal, Quebec.

Forward Nick Moldenhauer was picked by the Toronto Maple Leafs in the Third Round (#95 Overall), while forward Zam Plante was chosen in the Fifth Round (#150 Overall) and defenseman Hunter McDonald was selected by the Philadelphia Flyers in the Sixth Round (#165 Overall). Forward Quinn Finley (Steel 2020-2021) was selected by the New York Islanders in the Third Round (#78 Overall).

“We’re thrilled that Nick Moldenhauer, Zam Plante, and Hunter McDonald were drafted today,” said Steel General Manager Mike Garman. “All three of these players have very bright futures. We can’t wait for Nick and Zam to return to the Steel next season and wish Hunter the best as he begins his collegiate career at Northeastern University. We’re grateful to work with so many great young players and know there are numerous other Steel that could have been selected today. Our goal is to provide an environment for our players to develop into pros, and we have no doubt Nick, Zam, and Hunter, as well as their teammates, will continue their work to become the best that they can be.”

Overall, 57 players with USHL ties were selected in the 2022 NHL Draft, including eight first round selections.

Despite playing only 41 games during the 2021-2022 season due to an early-season injury, Moldenhauer notched 43 points (18G, 25A), finishing as one of only two USHL rookies to average over a point-per-game with at least 10 games played. The Mississauga, Ontario, native finished the regular season on a streak of five consecutive multi-point performances with points in 11 of his last 14 outings. A 5-foot-11, 175-pound forward, Moldenhauer charted four multi-goal efforts in his rookie season for Chicago and was named to the second All-Rookie USHL Team. Moldenhauer will return to the Steel for the 2022-2023 season.

Plante, a University of Minnesota-Duluth commit, ranked third among Chicago rookies a season ago with 10 goals despite playing only 31 regular season games. The 5-foot-10, 166-pound skater also racked up 11 helpers while splitting time between the Steel and Hermantown High School in Minnesota, leading his team to a Minnesota High School State Championship. Plante will also return to the Steel for the 2022-2023 season.

McDonald, acquired by the Steel via trade from the Omaha Lancers on February 4, 2022, totaled a goal and three helpers over 21 games played for Chicago before appearing in all three Clark Cup Playoffs contests for the Steel. A 6-foot-4, 207-pound blueliner, McDonald will head to Northeastern University for the 2022-2023 season.

Steel alum and 2021 Clark Cup champion Quinn Finley played the 2021-2022 season with the Madison Capitols after spending the 2020-2021 season as a member of the Steel following the USHL dispersement draft as Madison was unable to compete in the 2020-2021 campaign.

Chicago has now had multiple players selected in each NHL Draft for the past seven years, dating back to the 2016 NHL Draft.

The Steel 2022-2023 schedule has been released and is available at ChicagoSteelHockeyTeam.com.  Steel group tickets for the 2022-2023 season, including suites, lounges, group experiences, performances and fundraising opportunities will go on sale on Monday, July 18 at 10:00 am CT. 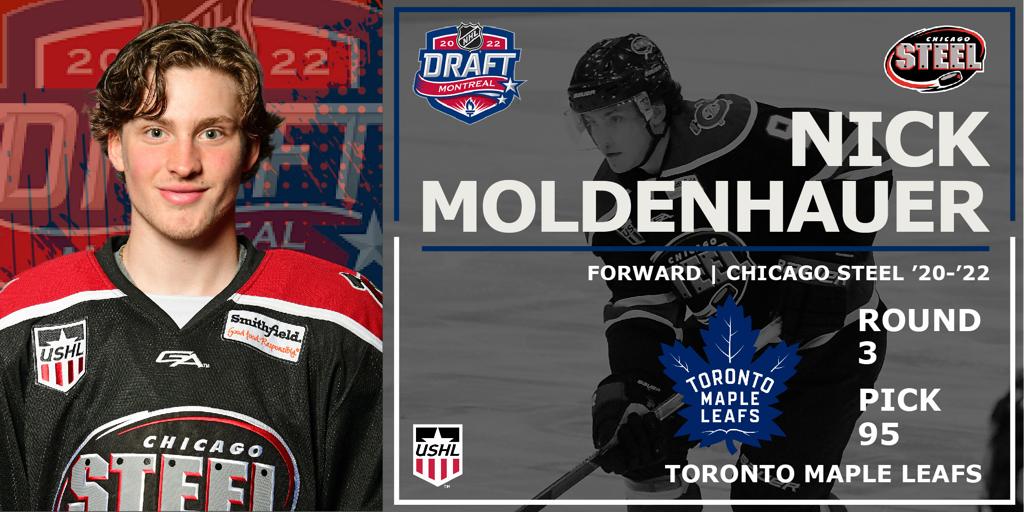 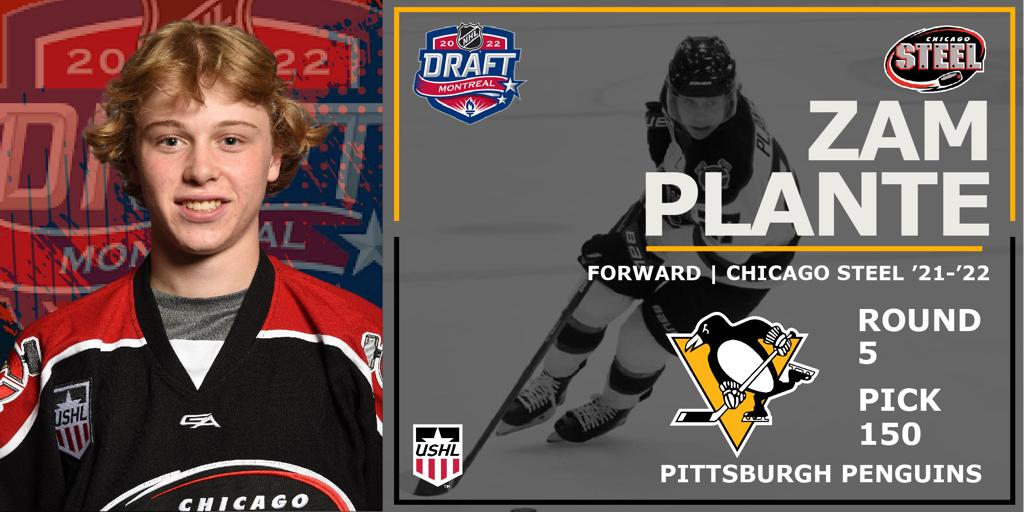 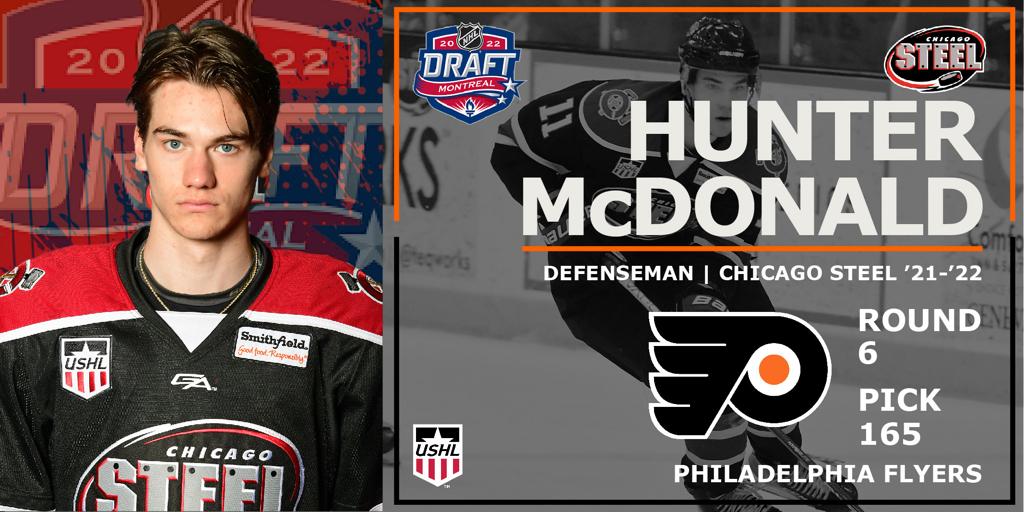