Johnstone chosen as captain; Jaremko, Kiersted, Lewandowski and Long to serve as alternates 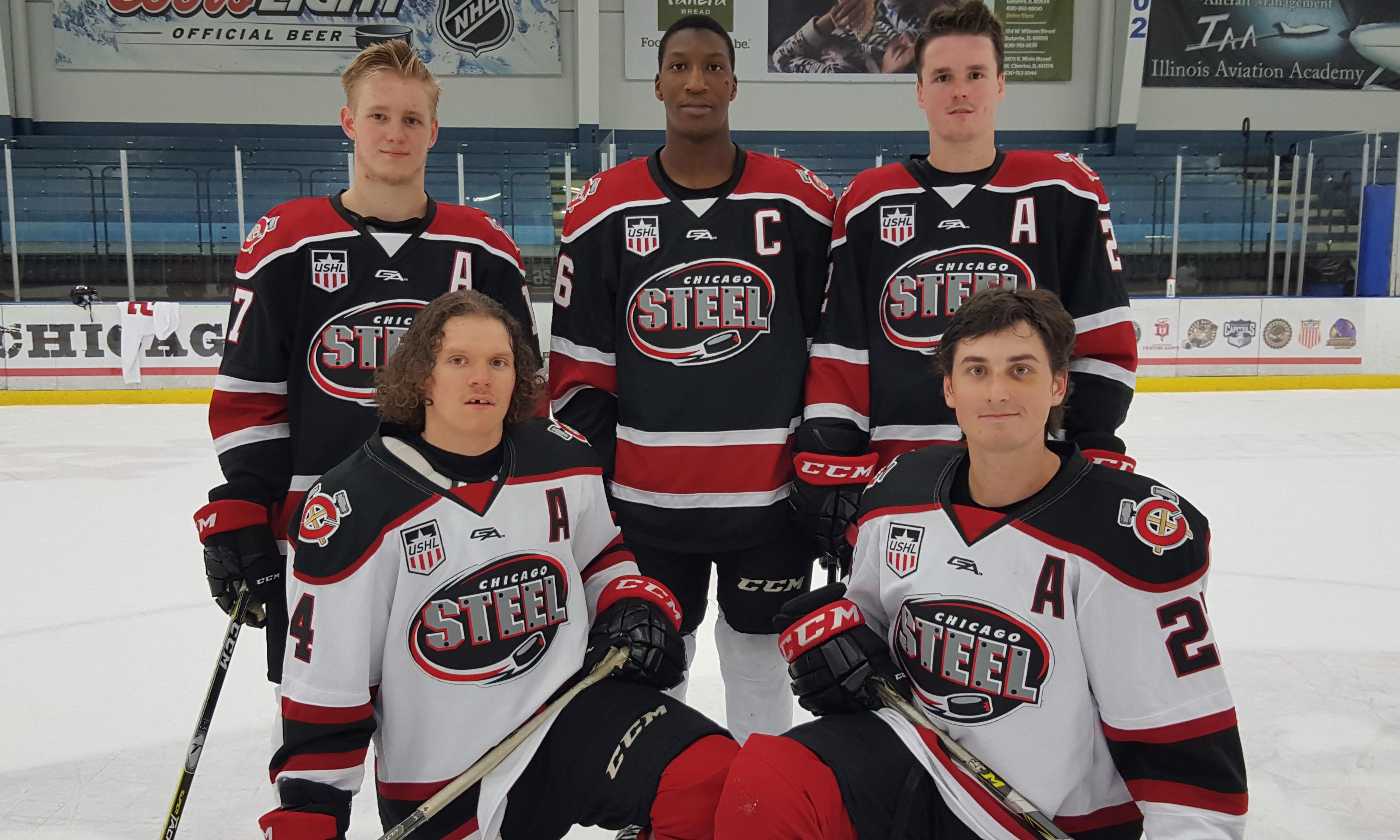 GENEVA, ILLINOIS – Second-year forward Marc Johnstone has been named captain of the Chicago Steel. Four additional leaders were also named: Jake Jaremko and Austen Long will serve as alternate captains at home, while Matt Kiersted and Mitch Lewandowski will each wear an “A” on the road.

“I believe we have a great group of leaders in our locker room this year,” said Steel Head Coach Dan Muse. “We have a variety of different personalities and different types of leaders. Today we acknowledged five players that will be representing our team’s leadership as captains. We are thrilled with the captains that have been selected and we believe that their work ethic, attitude, character and passion for the game will be seen every day in how they lead this program.”

Johnstone is one of 12 returning Steel players from the 2015-2016 season, bringing leadership experience into his final year of junior hockey after previously serving as an alternate captain for the Steel in 2015-2016. Considered one of the top penalty killers in the USHL, Johnstone is one of three 20-year-old veterans on the roster, along with Jaremko and Johnny Walker. The Cranford, N.J. native is committed to begin his NCAA Division I career next fall at Sacred Heart University (Atlantic Hockey).

Jaremko led the Steel in scoring during the 2015-2016 season, registering 20 goals and 28 assists, and was the only player to skate in all 60 games. The Nowthen, Minn. native also played 11 games for Chicago in the 2014-2015 season. Jaremko is committed to Minnesota State University (WCHA).

Kiersted, 18, is the lone defenseman named to the leadership group. Like Jaremko, Kiersted debuted for the Steel in 2014-2015, playing in 11 games. Kiersted, a native of Elk River, Minn., is committed to the University of North Dakota (NCHC).

Long, 18, was acquired by the Steel as part of a Feb. 6 trade with the Tri-City Storm. The feisty forward provided an immediate spark for the team, tallying a game-winning goal Feb. 19 at Bloomington, as well as a hat trick against Team USA on March 11. The Spring Lake Park, Minn. native is committed to Colorado College (NCHC).

Jaremko and Kiersted each participated in the 2016 USHL/NHL Top Prospects Game in Omaha, along with former Steel forwards Tanner Laczynski and Max Zimmer.

“I am equally excited about the overall leadership we have in our locker room,” Muse added. “We have many great leaders that will not be wearing a letter but will be extremely impactful on how they help lead this group.”

Chicago opened the 2016-2017 season at home this past Saturday with a 4-0 win over the Green Bay Gamblers. The Steel head downstate to Bloomington on Friday for a road game at the Thunder, then return home Saturday, Oct. 1 to host the defending Eastern Conference Champion Dubuque Fighting Saints. Puck drop is scheduled for 7:05 p.m., and the first 1,000 fans in attendance will receive a complimentary magnet schedule. For more information or to purchase tickets visit the Steel box office inside Fox Valley Ice Arena, call 855-51-STEEL or visit ChicagoSteelHockeyTeam.com.