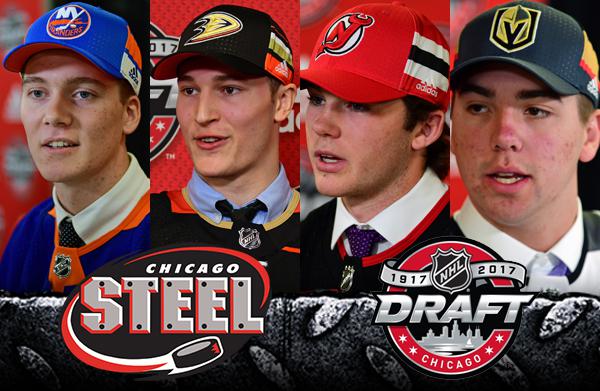 Three players heard their names called within 15 spots in the 3rd round: Mirageas (77th overall), Walsh (81st) and Badini (91st).

Mirageas, 18, joined the Steel at the February trade deadline from the Bloomington Thunder. The defenseman recorded 10 assists in the Clark Cup Playoffs, helping the Steel to their first-ever Clark Cup Championship. Mirageas participated in both the 2016 USA Hockey/CCM All-American Prospects Game and 2017 USHL/NHL Top Prospects Game. The Newburyport, Mass., native is expected to begin his NCAA career this fall with Providence College (Hockey East).

“That’s definitely big when (NHL) scouts hear that you helped a team win the Clark Cup,” said Mirageas. “You get a little boosted on the radar.”

Badini, 19, led all USHL players in the 2017 Clark Cup Playoffs with 17 points (7G+10A). His 28 regular season goals were the most of any Steel player in 2016-2017, and the center was a key piece in the Steel’s top-ranked penalty kill unit. The Old Greenwich, Conn., native will join Walsh in Harvard’s incoming freshman class.

“I heard my named called and maybe blacked out for a second,” Badini said about being selected. “It was really cool, especially to have the Chicago Steel guys sitting right behind me. I’m looking forward to heading to Southern California and just really excited right now.”

Walsh, 18, played in 24 games with the Steel during the 2016-2017 season, registering two goals and 10 assists. The offensive defenseman will enter Harvard University (ECAC).

“I definitely worked on my defensive skills,” said Walsh about his personal development in his time with the Steel. “I worked a lot with Coach Muse and the other coaches at the Steel and I definitely think I wanted to work on my overall defensive side of my game.”

The Steel traded to move up in the 2017 USHL Phase II Draft to take Dugan with the second overall pick. The Pittsford, N.Y., native played this past season at Northwood School (Lake Placid, N.Y.) and competed earlier this month in the Steel’s 2017 Main Camp at Fox Valley Ice Arena. The forward is expected to be a key piece of the Steel roster in the 2017-2018 season. Like Mirageas, Dugan is committed to play college hockey for the Friars.

“Every year I have certain things I want to work on in my game,” said Dugan. “This past year, Chicago won the Clark Cup, and I’m hoping to be able to help lead that team back to the Clark Cup and win it two years in a row.”

Two defensemen with Steel ties were taken back-to-back in the 7th round. Stucker, a 2017 USHL Phase II Draft selection of the Steel, was taken 210th overall, while Evingson, who played 16 games with the Steel in 2015-2016, heard his name was called with the 211th overall pick.

The Chicago Steel will return to the ice in October as the defending Clark Cup Champions. For more information on the Chicago Steel, visit ChicagoSteelHockeyTeam.com or call 855-51-STEEL. 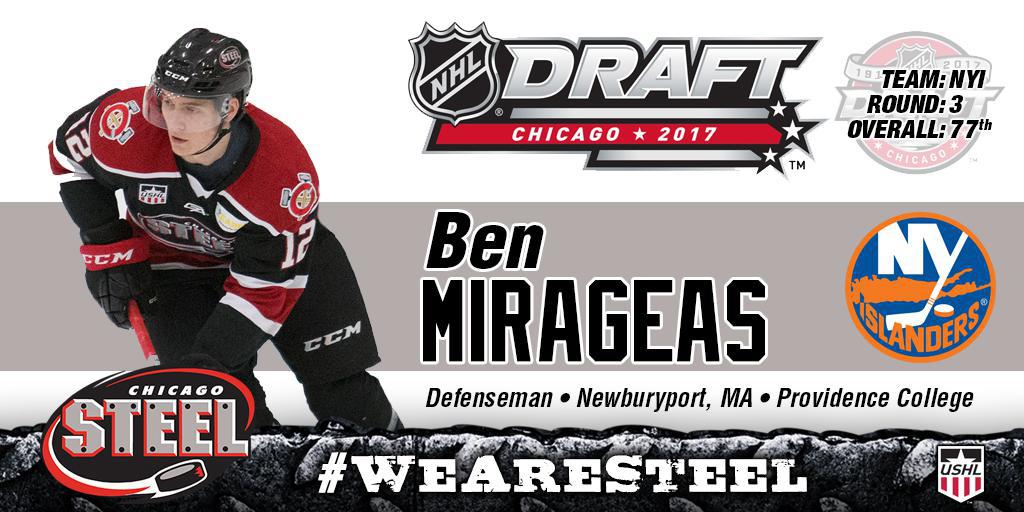 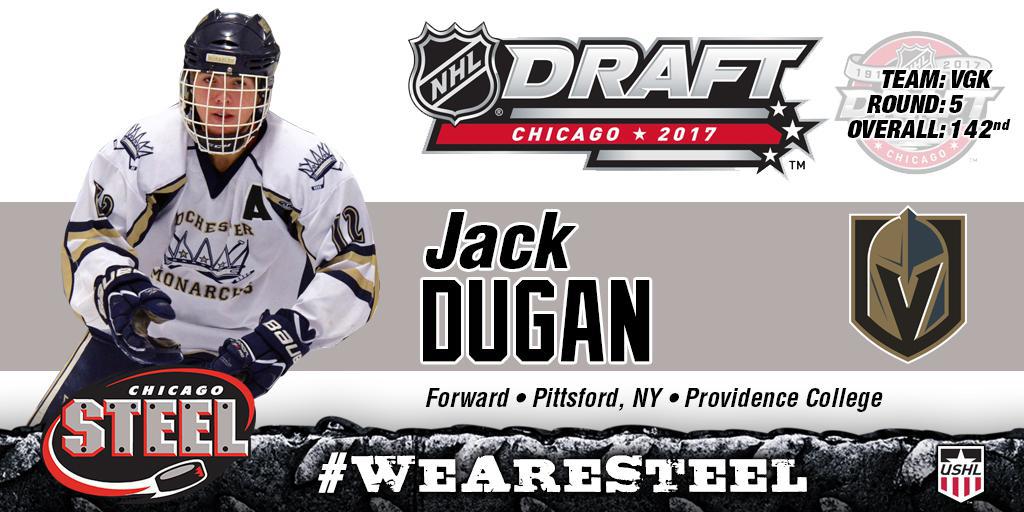 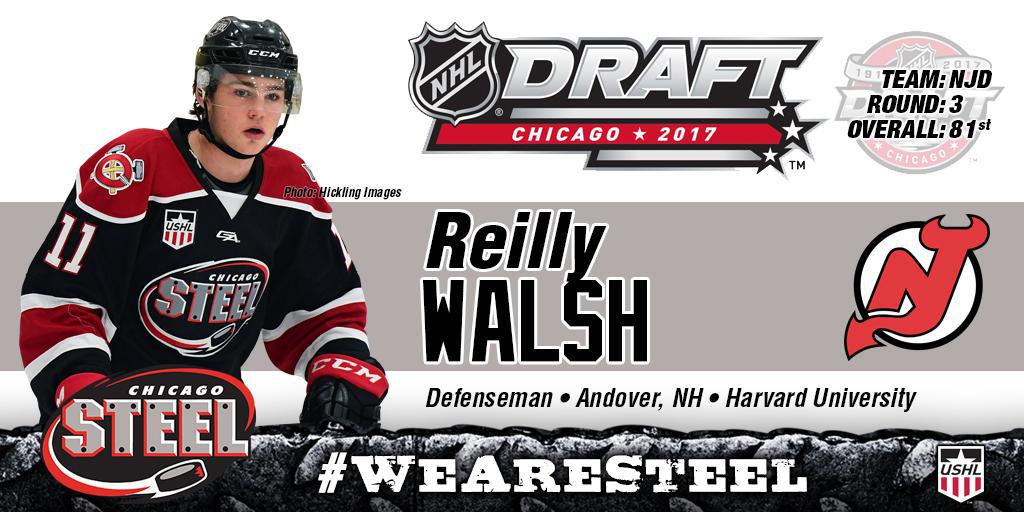 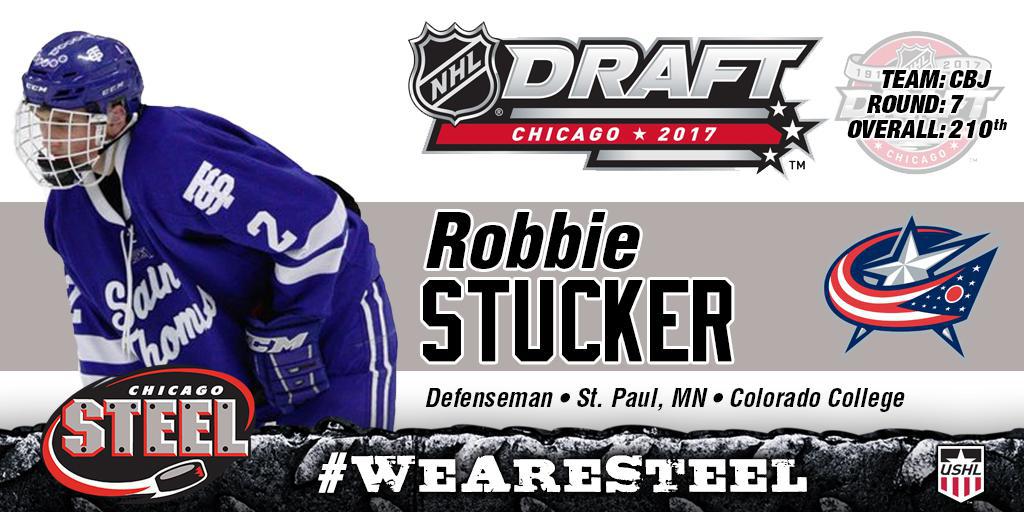 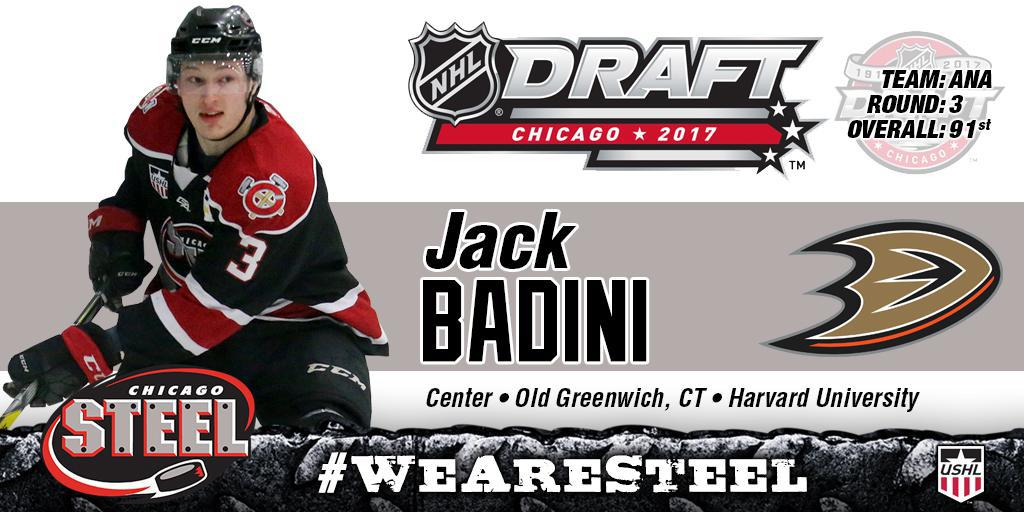 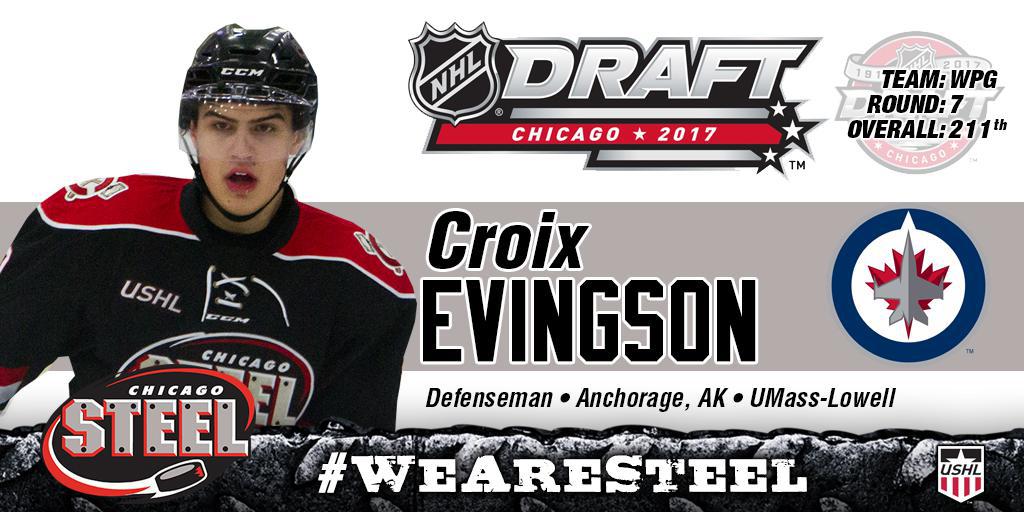