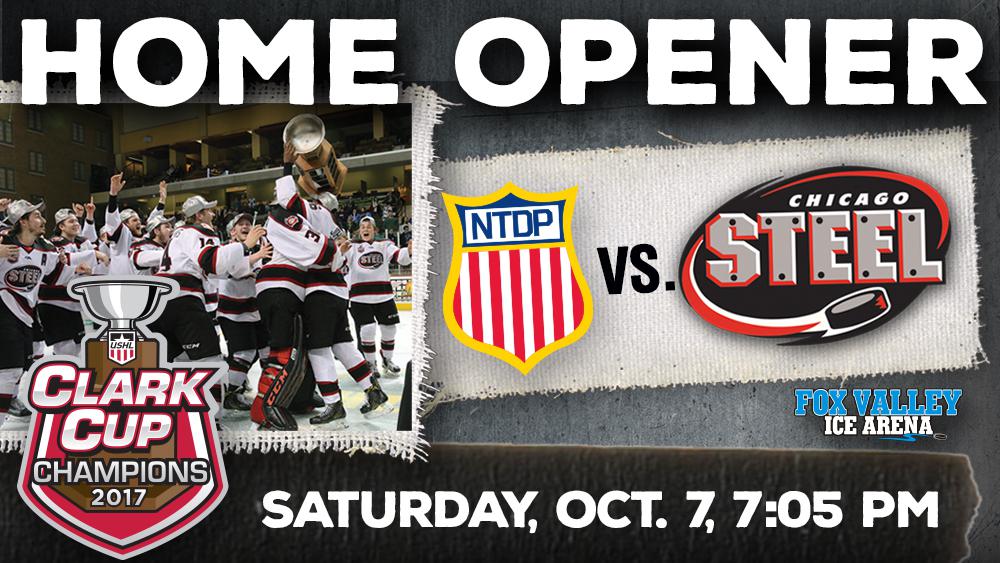 “We’re already counting down the days to this special event for the entire Steel organization,” said Steel President Dan Lehv. “It’s a night that’s been 17 years in the making.”

The team’s full regular season schedule will be announced tomorrow – Tuesday, July 18. The 2017-2018 season will mark Chicago’s 18th in the USHL and third in Geneva, Ill. The team’s exhibition schedule, including games at the 2017 USHL Fall Classic in Cranberry Twp., Pa., will be announced soon.

The Steel enjoyed a record-setting season in 2017-2018, culminating in the team’s first Clark Cup championship, and six players with Steel ties were selected in the 2017 NHL Draft.

Group and suite tickets will go on sale in the coming weeks, and the Steel will soon announce its public on-sale date for 2017-2018 single game tickets.