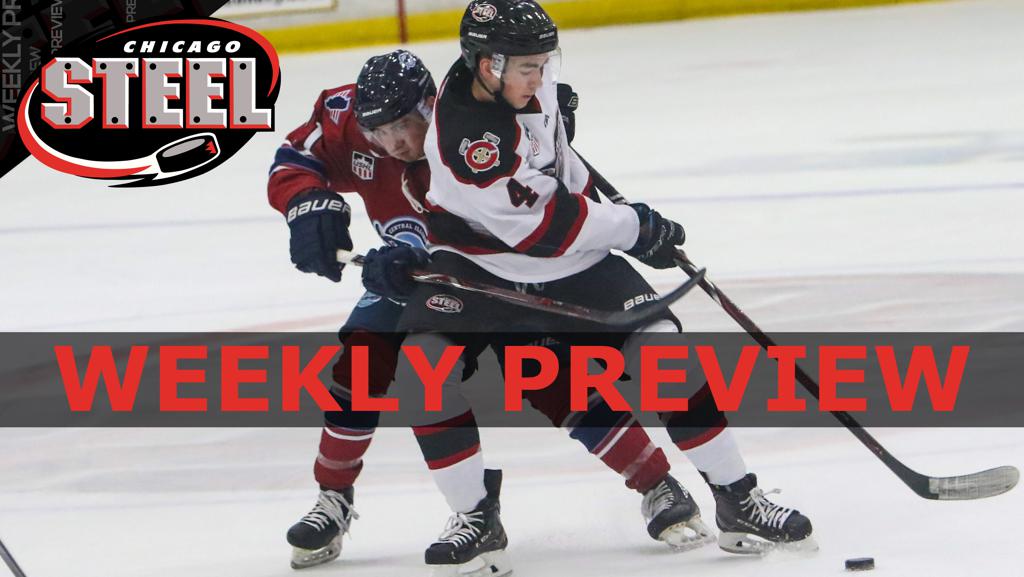 GENEVA, ILLINOIS — This Friday, the Chicago Steel host what is believed to be a first in hockey history – Crazy Hat Night presented by School of Art with a special helmet auction to benefit the Alyssa Alvin Foundation for Hope. Each Steel player will wear a unique helmet designed by area students and artists to be auctioned off during the game. Faceoff is set for 7:05 p.m. as the Steel welcome the Central Illinois Flying Aces to Fox Valley Ice Arena.

“I’ve been fortunate to have been a part of many innovative sports promotions, but I’ve never been a part of something like this that combines art and sport to raise money for charity in such a grassroots way,” said Steel President Dan Lehv. “We believe this to be a first in hockey history, but it’s being able to contribute to a great cause that has excited our players and staff.”

All Steel players will be wearing the specially designed helmets created by local amateur artists including children from elementary schools, as well as Cub Scout members and nonprofit organizations. All helmets will be bid on through a silent auction during the game. The Alyssa Alvin Foundation for Hope raises money for children battling cancer in order to provide them with art and school supplies.

“This is one of those concepts that you can immediately envision other teams replicating across the country,” said USHL President and Commissioner Tom Garrity. “It’s a truly unique way to bring great visibility to an important cause within a community.”

Tickets for Friday’s game are on sale now starting at just $10 with stadium seating on the glass still available for just $20. Parking is always free.

With a pair of wins last weekend extending the team’s winning streak to five games, the Steel (9-7-1-0, 19 pts.) moved into a three-way tie for fourth place in the Eastern Conference and will face Central Illinois (11-8-2-0, 24 pts.) twice this weekend. The Flying Aces are currently second in the Eastern Conference and the Steel have four games in hand on their I-55 rival.

Chicago enters the weekend on a five-game winning streak. The Steel and Flying Aces met for the first time this past Saturday, Nov. 24 when Chicago won in Bloomington 4-2. After a back-and-forth first period, the Steel scored three-unanswered goals including two powerplay goals from defensemen Uula Ruikka and Matteo Pietroniro. Chicago’s leading goal scorer, Robert Mastrosimone (11), scored twice in the game.

The Steel have now won six of the last eight meetings between the teams including the last three. Mastrosimone (7 games, 4-3-7) leads the team in career points against the Flying Aces while Abruzzes (6 games, 1-5-6) and Pietroniro (7 games, 2-3-5) follow close behind. Chicago goaltender Justin Robbins has a 2.99 goals against average in five career games against Central Illinois this season.

After Friday night’s game at Fox Valley Ice Arena, the teams will travel 125 miles down I-55 to Grossinger Motors Arena for a matchup the following night.

The Flying Aces are currently led by forward Trevor Janicke (7-12-19) who has 19 points in 21 games this season. Central Illinois has nine players with double-digit point totals including defensemen Ryan Siedem (1-13-14) and Sebastian Dirven (5-7-12). The Steel beat Flying Aces goaltender Mitchell Gibson last time out as the Harvard commit fell to 2-6-2-0 this season with a 3.96 goals against average and .866 save percentage. Central Illinois’ other goaltender, Ryan Snowden, is currently 9-2-0-0 with a 2.83 goals against aveage and .910 save percentage.