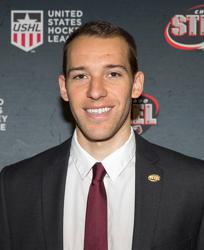 Mike Garman was named General Manager on July 7, 2021 after four seasons behind the Steel bench as assistant coach and associate head coach. Garman joined the Steel prior to the 2017-2018 campaign, assisting in all aspects of coaching, including working with the team’s goaltenders.

The former netminder played college hockey for the Cornell Big Red (ECAC) before embarking on a three-year professional career, including stops in the ECHL, CHL, Get Ligan (Norway), Division I (Sweden), and Magnus League (France). He played junior hockey for the Springfield Jr. Blues (NAHL) and Nanaimo Clippers (BCHL). 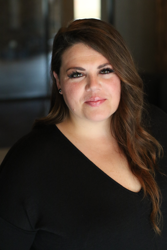 The Elkton, S.D., native has been an amateur scout for the Toronto Maple Leafs since the 2018-2019 season in addition to coaching the Sioux Falls Power 16U AAA team. Needham co-founded Legend Hockey in 2009 following her collegiate career as a forward with Minnesota State University, Mankato.

On March 26, 2022, Sheahan became the winningest head coach in Chicago Steel franchise history after his 101st victory as the team's bench boss.

Sheahan spent the 2018-19 season as Associate Coach of the Steel and began the 2019-20 campaign in the same capacity.

The Lethbridge, Alberta, native joined the Steel from the College of the Holy Cross (Worcester, Mass.), where he spent four seasons, including two as Associate Head Coach.

Sheahan started his coaching career at his alma mater, the University of Notre Dame, where he spent one season as a volunteer coach. He helped lead the Fighting Irish to a 23-15-2 record and a spot in the NCAA Tournament.

As a student-athlete, Sheahan played 161 games on defense for Notre Dame from 2004 to 2008. As an alternate captain his senior year, he helped guide the Fighting Irish to the 2008 National Championship Game. Sheahan went on to play five years of professional hockey in the AHL, ECHL, and DEL2. Sheahan's first season with the Cincinnati Cyclones (ECHL) ended in a Kelly Cup Championship.

Brock resides in Batavia with his wife Ashley and their children Beau and Evelyn. 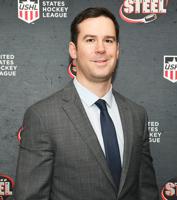 Mathew Deschamps was hired on Jan. 16, 2020 as an assistant coach for the Steel and was elevated to associate head coach prior to the start of the 2020-2021 season.

Prior to joining the Steel, Deschamps spent three years in Canton, N.Y., working for St. Lawrence University (D1-ECAC) as an Assistant Men’s Ice Hockey Coach. Prior to SLU, Matt lived in Salzburg, Austria and worked for EC Red Bull Salzburg (RBS) Hockey Club as the head coach of the RBS U18 team and served the club in director and development coordinator roles as well.

The former defenseman played college hockey at the University of Maine, appearing in 111 games for the Black Bears over four seasons from 2001 to 2005 and played hockey professionally for five seasons with games split between the American Hockey League and East Coast Hockey League.

Deschamps lives in Batavia with his wife, Kelly, his four children, Dean, Graeme, Claire, Gordon and their Golden Retriever, Oscar. 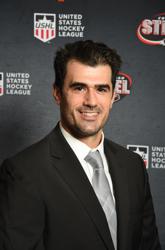 Derek Whitmore was hired as assistant coach by the Steel on August 9, 2021, joining the hockey operations staff to work primarily on the offensive side of the puck.

During his playing career, the Rochester, N.Y., native skated for the Lincoln Stars and Waterloo Black Hawks in the USHL before playing four seasons at Bowling Green where he served as team captain his senior year.

Professionally, Whitmore made his NHL Debut for the Buffalo Sabres in 2011, appeared in 369 games in the AHL and made stops in the ECHL as well as the DEL (Germany) and EBEL (Austria). In his final season of professional hockey, he was named team captain of the Reading Royals (ECHL) for the 2017-2018 campaign.

For a stint in the 2021-2022 season, Whitmore came out of retirement to play two games for the Iowa Heartlanders (ECHL), scoring a goal in that span. 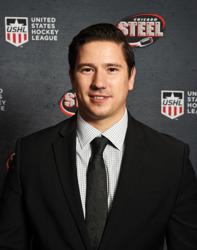 Karel Popper joined the Steel on August 9, 2021 after most recently serving as goaltending coach for the University of Minnesota men’s and women’s teams.

During the 2020-2021 campaign, Popper worked with Jack Lafontaine, the NCAA Mike Richter Award Winner for best goaltender and First Team All-American at the University of Minnesota. Prior to his work with the Gophers, Popper coached goaltenders for the Ohio State University women’s team.

In addition to his experience at the NCAA Division 1 level, Popper, a Maineville, Ohio native, was the Minnesota Magicians (NAHL) goalie coach during the 2019-2020 season and has served for four years as director with MEGA goaltending out of Minneapolis, Minn. 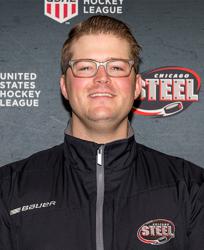 Adam Nicholas works closely with Steel players to support player development through the team’s partnership with Stride Envy. Nicholas has an impressive list of NHL clients and is the owner of Stride Envy Hockey and Details Deliver. 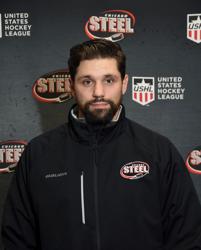 Mike Fazio joined the Steel during the 2022 offseason in the role of Associate Director of Player Enhancement.

Most recently, Fazio held coaching positions in different capacities, starting in 2019, including Lead Instructor for MAP Hockey in Minnesota, Director of Player Development and Assistant Coach of the Hudson Havoc of the USPHL and Minnesota regional scout for the Jamestown Rebels of the NAHL.

As a player, the former forward skated for the University of Wisconsin - River Falls of the WIAC where he studied Exercise & Sport Science and Sports Management before playing two seasons of professional hockey for the Evansville Thunderbolts of the SPHL (2017-2018) and the Wheeling Nailers of the ECHL (2018-2019).

Fazio lives in St. Charles with his girlfriend, Madison, and their two dogs, Winston and Bear. 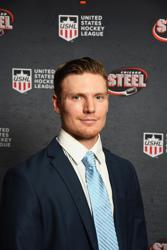 Jake Nitsche was hired as Director of Performance and Sport Science in June, 2021 to lead the off-ice training program for the Steel.

Most recently, Nitsche served as a head performance coach with GVN Performance where he trained and monitored NHL, AHL, ECHL, and NCAA athletes across various sports. He is a certified trainer through the National Academy of Sport Medicine, a certified mobility specialist through the Functional Anatomy system, as well as an ELDOA Trainer.

Nitsche also spent time as a strength coach at High Performance Training in Skokie, IL and was a Rehabilitation Aide at Athletico Physical Therapy. Nitsche, a Chicago, IL native, earned his Bachelor of Exercise Science and Nutrition at Roosevelt University in Chicago. 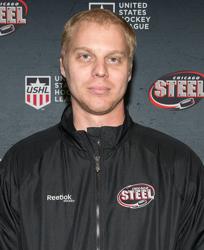 Jim Schroeder joined the Steel prior to the 2016-2017 season. The Wood Dale, Ill., native is responsible for evaluating and treating injuries and illnesses to Steel players, as well as coordinating referrals to team physicians. His athletic training experience before joining the Steel includes six seasons in the USHL, one with the Tri-City Storm (2008-2009), and five with the Youngstown Phantoms (2011-2016) through NovaCare Rehabilitation. He graduated from the University of Illinois at Chicago with an emphasis on Movement Science before going on to receive an Entry Level Master of Athletic Training from The University of Findlay (Ohio).

Bryan Collier joined the Steel prior to the start of the 2022-2023 season as equipment manager.

Originally from Seattle, Wash., Collier most recently served as equipment manager for the Tri-City Americans of the Western Hockey League.

Collier grew up around the Thunderbirds, serving as a stickboy/assistant equipment manager and has been a referee with USA Hockey and Hockey Canada since 2014.

Jamie Cahill joined the Steel prior to the 2015-2016 season. Cahill currently coaches Midget U16 AAA for the North Jersey Avalanche. Prior to joining the Avalanche Organization, Cahill coached 5 seasons with the Long Island Gulls AAA youth hockey program. Cahill was an assistant coach of the Long Island Gulls Bantam Major ’97 program that made an appearance at USA Nationals. Prior to coaching at the ’97 age level, Cahill was the head coach of the Gulls Midget American and National programs. Cahill led his team to an Atlantic Youth League finals appearance. Prior to coaching the Gulls, Cahill coached at the Apple Core Youth Organization, winning the championship of the NEEHL. 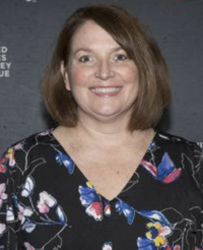 Erin Keohane joined the Steel in 2015 as housing coordinator, working closely with the coaching staff to match each player’s personality and background with quality homes. Erin currently resides in Riverside with her husband, Brian, and their four kids. 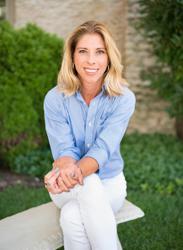 Jessica Breugelmans joined the Steel in 2018 working to support the players’ success in both their current and future academic pursuits. She holds a BS from Bradley University as well as a master's degree in Teaching from Aurora University. Breugelmans has spent the last 9 years building her family, her tutoring and education consulting businesses, and supporting the community she lives in through various board and committee memberships in multiple local philanthropic organizations. Although new to the hockey scene, Jessica has extensive experience in the US Gymnastics Assoc. as both a competitor and coach. She is excited to be a part of the Steel team and to be working with elite athletes.